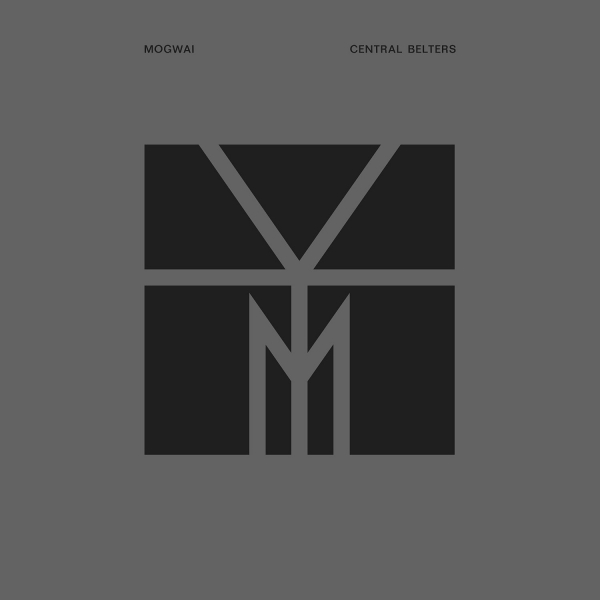 Mogwai must be surprised to find themselves here. Eternally sprawling soundscapes, barely a sing-a-long moment and nothing in the way of radio friendly unit shifters – it’s hardly the typical recipe for top-ten album chart success.

Somehow they’ve managed to etch their sound indelibly into the consciousness of many. These days, Mogwai may even be able to compete with the fame of the critter that lent them their name – unthinkable when the band got together for those first few practice sessions in 1995, I’m sure. A twenty-year career spanning, celebratory record (or six) is probably a fitting response.

Central Belters is a record that sets off in good style too, gliding sentimentally through the heyday of ‘quiet/loud’ Mogwai. Early tracks from Young Team through to Rock Action were staples of Sunday post-party, chill-out sessions, circa the turn of the millennium – you can almost smell the stale party sweat and disco-scum on “CODY”.

Then came a game-changer – Happy Songs for Happy People-era Mogwai connected with people in a way that no other rock band was doing and over time, built them a huge following. There was something about the disregard for vocals that drew people deeper into their music - Mogwai were communicating in a different way. As the spoken-word introduction on “Yes! I Am A Long Way From Home” – the very first song on Mogwai’s debut album – goes: “Music is bigger than words and wider than pictures…”. This is a theme which has continued throughout Mogwai’s twenty-year existence; a primary, core ethos.

Mogwai seemed to take inspiration from their newly acquired audiences, as the energy levels on 2006’s Mr Beast increased a notch.  Featuring around the halfway point on Central Belters, “We’re No Here” is an ear splitting ode to their power. Following on from the midway point in the record however, Mogwai’s consistency evaporates but sunshine augmented gems like “How to Be a Werewolf “pierce through the mire to renew our faith, periodically.

Over the course of 34 tracks and almost four hours, Stuart Braithwaite and co. can be forgiven for indulging themselves a touch, as Central Belters comes across a little like their own personal celebration.  Perhaps we should look upon this record as a self-made documentary, done in their own style – a record of how the band sees themselves and the past twenty years. And as you listen, you’ll hear it’s a record that mirrors the bands career closely – the upward trajectory, a noisy celebration and ensuing plateau.

What’s certain is that Central Belters is not - as it’s pun-tastic name might suggest - a ‘Best Of’ record. It would be impossible for such a record to miss a track like “Tracy” – one of Mogwai’s most beautiful pieces of music, bookended with an infighting skit, which might go some way to explaining band dynamics. How could a raucous track like “George Square Thatcher Death Party”, which so concisely documents elements of Northern political sentiment, not feature, regardless of political correctness? The awesome, yet well-worn power of “Glasgow Mega-Snake” would also be a utter necessity.

With song titles that range between quick-witted quips, foolish in-jokes and childish descriptive terms, Mogwai have always hinted that they’ve done things without over-thinking. Their music feels much the same - instinctive and honest. It’s an unselfconscious approach that’s shaped them to be an uncomplicated, yet bold band. This is what makes Mogwai so very rare and herein lies the mass appeal.

Whilst Central Belters has plenty of great music on it, it’s a confused marathon of a listen. There are too many obscurities for the casual fans, too many hits for the dedicated. It’s not a record made to impress music journalists, nor incite rave reviews. It seems like Mogwai have made this album for themselves, which is exactly the kind of self-confident approach we've come to admire from the Glasgow legends.