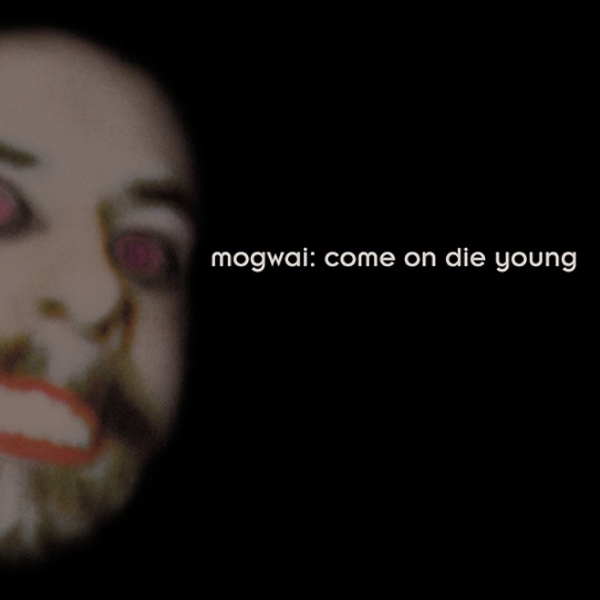 Reissues are often, just by their very nature, cynical affairs; it’s especially true these days, when major releases seem to find their way back to the shelves in the form of hastily thrown together ‘expanded editions’ within about six months of them initially dropping. There’s no question it’s a lucrative market, though, and from a coldly financial perspective, it’d probably be daft of Mogwai not to take advantage; they have precisely the right sort of fanbase for this kind of thing, once that’s likely teeming with completists. When I interviewed Barry Burns late last year, he told me that the band knew they were reaching new listeners with their Les Revenants soundtrack when they noticed that significant numbers of people were buying the digital version; Mogwai’s followers are better known for a predilection for the physical product.

Accordingly, this repackaging of their second full-length, Come On Die Young, is available across a host of formats, including a £55, 4LP boxset that will inevitably be out of print in no time (we are talking, here, about a band who quickly sold out their own brand of ten-year-old, single cask Scotch just a few months ago). As far as I can tell, there’s been no attempt to remaster the 1999 original here; commendable, given that the audiophile-level equipment usually required to discern such versions from the original effectively render most of them a con.

It seems like an appropriate time to draw attention back to the record, too, given that it isn’t a million miles away from January’s Rave Tapes; like that album, Come On Die Young was apparently designed as a slow-burning mood piece. It stands up remarkably well, given that it lacks the aggressively noisy sucker punches that so many of their other efforts made their calling card - “Cody” is still as gentle as ever, with slide-aping guitar lines and breathy vocals that would’ve made the band a shoe-in at the Roadhouse in Twin Peaks. Mogwai have always been vocal in their admiration for Slint, and much of the time, Come On Die Young plays like a version of Spiderland that’s had all of its loudness, all of its overt aggression, stripped away.

There’s still plenty of implied menace, of course; the wonky “Kappa” always feels a step away from spiraling out of control, “Oh! How the Dogs Stack Up” is a nightmarish marriage of off-kilter piano and sinister ambient noise, and “May Nothing But Happiness Come Through Your Door” is so sparse - eccentric drums and an effects-bare guitar - that it’s your imagination that has to do the rest of the work. “Christmas Steps”, meanwhile - the one point at which there is a frenetic release of tension - vindicates its place as one of the band’s biggest fan favourites; with a few minutes of a lonely, barely-there guitar sandwiching a furious, reverb-laden cacophony, it vies with “Like Herod” for the title of the most extreme product of the group’s fascination with the loud-quiet dynamic.

The bonus material, unsurprisingly, takes us into fans-only territory; the Chem19 session takes, from early runs through the record, include a blistering new spin on “Christmas Steps”, and seven cuts from the Cava sessions that would predate the final recording of the album range from barely-distinguishable (“Punk Rock:”) to arguably meatier than the versions that beat them to the record proper (“Ex-Cowboy”). The two tracks that are seeing release for the first time justify the decision to leave them on the cutting room floor; “Satchel Panzer” is an eighty-four second kernel of a song, whilst “Spoon Test” meanders. A nice touch, though, is the inclusion of compilation-only rarities “Nick Drake” and “Hugh Dallas”; the tentative, vulnerable former taps into the same restrained mood as the record proper, whilst the latter - named after the most high-profile victim of one of the most idiotic decisions in footballing history, the scheduling of a Celtic v Rangers championship decider at teatime on a Saturday - simmers gently towards an thunderous climax, with the track threatening to end almost as messily as Dallas’ career did.

In terms of listener experience, Come On Die Young is an interesting choice of album to reissue; you can imagine, back in ’99, the tension and suspense as fans of Mogwai Young Team waited for explosions that never came. This time around, you can pay better attention to the textures of the songs themselves; they’re some of the tautest and most atmospheric that the band have yet turned out, despite the initially lukewarm reception from critics who were apparently expecting an obviously-ambitious band to turn out more of the same. It’s not a re-release that’s prompted me to change my tune on the exploitative nature of the business, but no excuse to revisit a record of this quality will ever be unwelcome.