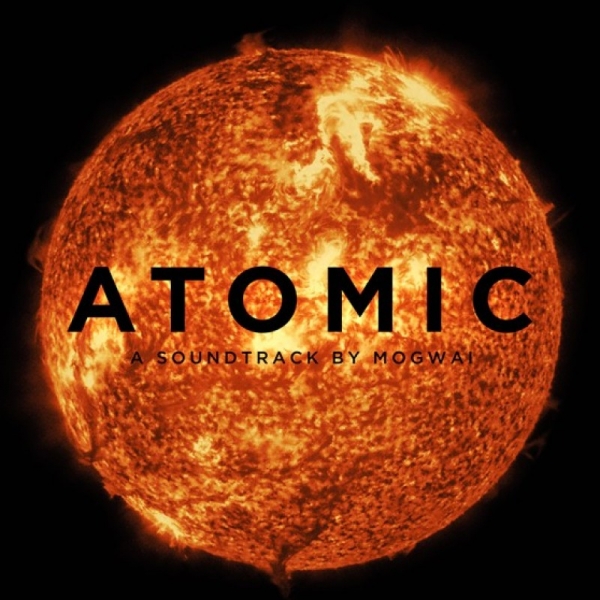 Over the past two decades, “cinematic” has become an overused byword whenever post-rock (itself a contested term) is discussed. Glasgow’s Mogwai have turned in some of their best work when operating within a soundtrack format, but how does their score for nuclear age documentary Atomic: Living in Dread hold up against past successes?

From the moment Sigur Rós’ sweeping “Svefn-g-englar” was deployed so effectively in 2001 Cameron Crowe psych-thriller, Vanilla Sky (earning an Oscar nod in the process), post-rock has become a go-to source of inspiration for a certain gene pool of soundtracks.

In the 15 years since, we’ve seen a plethora of collaborations and sync deals, whether that be the aforementioned Icelanders turning up copiously across nature documentaries and commercials (most notably in one for David Attenborough’s Planet Earth), Explosions In The Sky’s heart-on-sleeve tumult ably showcasing the highs and lows of Friday Night Lights, or Mogwai’s handful of cracks at the soundtrack whip – see their exemplary scores for Zidane: A 21st Century Portrait and acclaimed French supernatural series The Returned for documents of the band at their most audio-visually effective.

Atomic, comprised of reworked versions of tracks from the band’s recent soundtrack for Mark Cousins' Atomic: Living in Dread documentary - which chronicles the vast spectrum of positives and negatives that have come with the nuclear age, particularly during the cold war years - comes marketed somewhere in between an OST and a standalone album in its own right, and it’s in this identity crisis that problems arise.

Chart a course across the group’s entire output – from the game-changing brutalism and beauty of 1997’s Young Team right through to their last outing proper, 2014’s Rave Tapes – and, outside of given sonic similarities, the crucial constant found is a giddy sense of glee at causing an almighty ruckus out of nothing, at consistently unearthing new sounds and textures to enlighten, enrapture and terrify in equal measure.

While Atomic has its moments of spellbinding awe (the colossal ascent of opener “Ether” would sit neatly among the larger-than-life melodies of 2006’s Mr. Beast) and unnerving darkness (“Weak Force”, all ominous drone notes and gut-wrenching thuds, hits a particularly fine nerve), they’re matched in quantity by tracks that either feel like formulaic turns from a band who now have an extensive vocabulary to pick and choose from, or that – however chiselled for solo listening – can be overwhelmed by the magnitude and horror of the darker sides to their source material (tracks here reference the fallout of events at Hiroshima and Chernobyl). The latter is an understandable quandary: after all, just how does one do justice musically to some of the greatest tragedies of the 20th century with a few guitars, electronics and drums? Truthfully, you can’t.

Perhaps then, we’re best off consuming the songs of Atomic at face value, for better or worse, in a vacuum of their own. Some moments fall wide of the mark – the John Carpenter-esque melodies of “Little Boy” largely stamp it too kitsch to be considered more than a curio; “Tzar” is the kind of mesmerising slow-burner the band have been knocking out for the best part of 20 years now – others, though, chart interesting new waters.

There’s the gargantuan dirge of “Bitterness Centrifuge”, one of Mogwai’s most unsettling, arresting pieces in years, while the spiky, Blanck Mass-infused crescendos of “SCRAM” are equally affecting. It all makes for something of a disjointed package, albeit one with more than enough moments to keep the diehards appeased. True, Atomic doesn’t quite hit the heights of their greatest soundtrack successes, but as a further document of a restlessly inventive band constantly tweaking their sound, it’s well worth approaching with open ears.