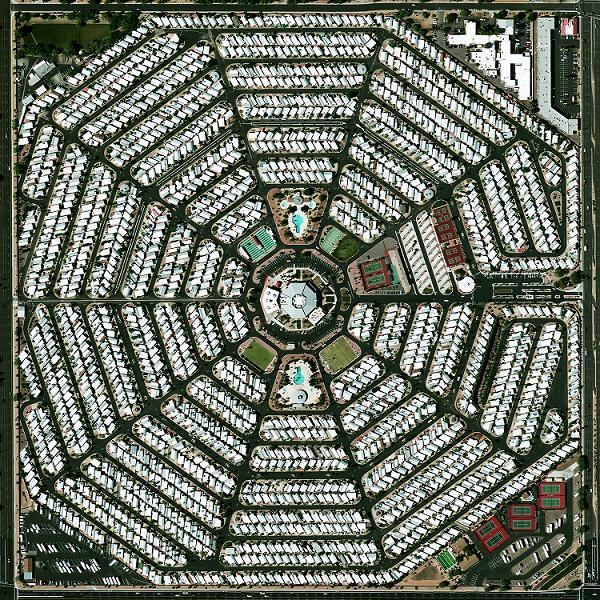 Expectation’s a bitch. We all know the routine…acclaimed indie band goes big league, pissing some original fans off mostly out of principle, gaining new ones after getting on the radio, then takes a break. A long break. And now, after that break, is the return…and what of this return?

Modest Mouse’s indie classics of the ‘90s, and even their first big boy label release, The Moon And Antarctica, stand as pinnacles of modern rock. Isaac Brock elevated the band to a sort of mythical status – a tough luck rogue from BFE, Montana assembling his ragtag quartet outside that hotbed of Alt/Indie cred, Seattle, and dispatching throat-shredding rants on our human race’s pitiful existence filtered through the eyes of rural American trailer trash.  Those early albums’ relative lack of funding, driving their lo-fi sound, lent Brock’s twisted tales their authenticity, making it no surprise that the subsequent pair disappointed with their slicker, beefed-up production and Brock’s drift toward poppier melodies.

And now we are here, Strangers To Ourselves. I readily admit, if this album were to be the second coming of 1997’s The Lonesome Crowded West, that would be the cat’s pajamas. It’s not. Those O.G. fans wincing at the creeping bells and whistles and bright, punchy sound of the last albums, prepare for more wincing. Strangers To Ourselves is quite possibly the band’s most stuffed full, slickest sounding venture yet, surely a product of eight years of crafting, aborted sessions with Outkast’s Big Boi, and Brock’s own admission of being “absolutely terrified of making a half-assed record”.

This is the challenge though.  Brock is a fantastic songwriter and it’s evident even in the first run through of this incredibly dense album that his muse is still very much intact. I, for one, feel it entirely remiss to dismiss a work of art simply because it didn’t meet expectation at first blush, but it does take real effort to look past it here. This is to definitely say, though, that Strangers To Ourselves requires repeated listens to sink in and gain appreciation, though I am happy to say those repeated listens are well warranted and well rewarding. We’ve seen the two poles of the album in the lead up singles – the funked up “Lampshades On Fire” and “The Best Room” to the downbeat, stripped back “Coyotes”, and the album runs the entire gamut between.

If there is a vestige of albums past here, Brock is still fixated on the general shittiness of the modern world and how generally shitty we can all be to it and each other.  Beneath its glossy, bumping exterior, “Lampshades On Fire” serves as a truly deranged, morally ambivalent stomp through the daisies, humankind fucking shit up as we go only to move on to more of the same once we’ve exhausted their attention spans in one place, a sentiment echoed later on in “The Tortoise And The Tourist”, where after we’ve mugged and killed one of our shelled friends, the sentiment repeatedly is simply, “let’s walk on”. “Coyotes” and “Wicked Campaign” call out the ease of our dishonest tendencies, Brock pointing out how “we lie / we love to lie” and “the world’s got plenty of good and bad liars…everyday is a wicked campaign”.

“The Best Room” may be Brock’s lyrical triumph here as he sharpens his focus to those of us here at home, too often fat and happy and gorged on frivolous griping, where idle, lazy outrage is threading down the generations:  “These Western concerns are all I ever really learned to be concerned with / But don’t you know it’s hard feeling tired every time you try?”  And it’s a good thing Brock is casting a wider net with his sociopolitical harping as the beefier sound, chock full of horns, keyboards, and multi-tracked vocals and instruments would, fair or not, seriously jeopardize the authenticity he so effortlessly exuded on those early records.

Obviously, though, with an album so bloated with expectation - there’s that dirty word again – and stretching a hefty 15 tracks over an hour’s worth of playtime, Brock has his missteps. “Pistol” is a woefully clunky stab at industrial synthpop, needlessly referencing fashion designer Gianni Versace’s serial killer murderer Andrew Cunanan. Even as you move through the album and the song gathers more context, which admittedly leaves you thinking, “maybe it’s not as bad as I thought”, you hear it again next time through and realize it is.  Elsewhere, Brock’s warmer vocal delivery can be disarming, as he sounds downright approachable on the otherwise excellent “The Ground Walks, With Time In A Box” and, even when trying to look past it with reasonable success, the overstuffing of sonic embellishments and patches of MOR arena rock production are offputting, proving the old adage of “less is more” to be true.

So….<let me catch my breath>….Strangers To Ourselves is a chore, sometimes a tough, frustrating chore, though often a satisfying one, nevertheless. What about our expectations? It’s unfair to expect perfection, even from a band who has practically attained it before, but it is fair to expect a fantastic album from a band we know can deliver it.  This isn’t quite that fantastic album we wanted and we know – at least hope we know – Brock and company have in them; however, it’s enough to prompt the hope that the axles are greased well enough now to deliver it next time around.