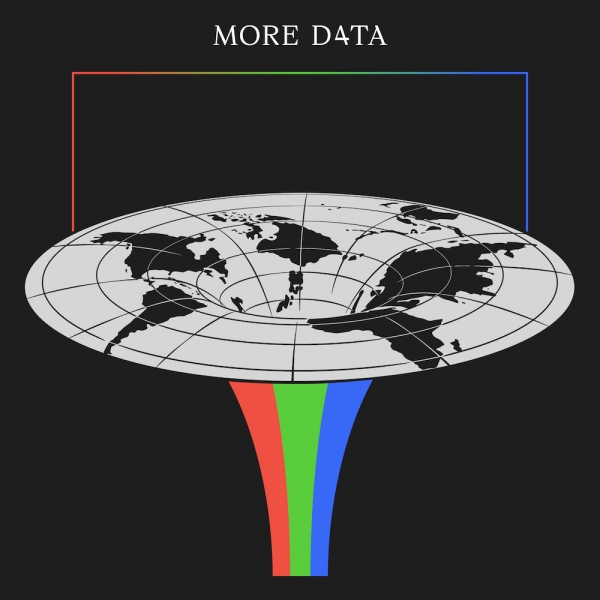 Given their pedigree, you’d certainly be forgiven for feeling a little apprehensive about the imminent return of Moderat.

On the one hand, the German electronic outfit have proven their mastery in the genre with three critically acclaimed LPs and many beloved singles. On the other, a six-year hiatus presents uncomfortable questions, not the least of which being whether it’s worth risking your reputation on an album that few had called for since six years is a long time, especially in music. It’s for this reason that you’d be forgiven for feeling a little apprehensive about Moderat’s return. Thankfully, it’s an apprehension that is not in the least bit justified.

MORE D4TA, like every Moderat album before it, is a departure and a return; familiar but thrilling in equal measure. It is confident, challenging and bold and critically, the six-year absence has done nothing to dull Moderat’s immediacy.

To rewind briefly, Moderat are a trio comprised of Gernot Bronsert and Sebastian Szary of Modeselektor and Apparat’s Sascha Ring. In recent years, Moderat has had to play second fiddle to these projects but rightly so given that both have been creating some of their most essential work to date. For example, with 2019’s LP5, Ring pushed Apparat deeper into ethereal electronica than he’d previously dared, and to great effect. Conversely, Bronsert and Szary’s Modeselektor prioritized bold, thought-provoking techno, something that they emphasised keenly with 2019’s, Who Else.

Moderat sit at the point where these individual efforts collide; this is where both Apparat and Modeselektor find harmony and this harmony has always been behind their best moments. Fortunately, MORE D4TA houses a frankly dizzying amount of these moments and whether it’s the sludgy synthesisers powering "FAST LAND" or the out and out club banger of "NEON RATS", almost every instance in the album is more invigorating than the next.

Take single "MORE LOVE" for example, which immediately stuns with glistening synthetic chords and the lustrous, reverb-laden voice of Ring. Soon after, the listener is shaken from this reverie by pounding drums and fizzing pads. Equally excellent is the aforementioned "NEON RATS", which builds progressively into one of the most instantly catchy songs Moderat have ever put out. Album closer "COPY COPY" is also deserving of mention given the enormity of texture and gravity that it conveys, closing with near cosmic scope.

The only real issue with MORE D4TA is that it suffers from something of a midway lull. Namely, with "SOFT EDIT" and "UNDO REDO" which both ultimately fail to live up to the high watermark established elsewhere on the album. "UNDO REDO", in particular, is a little too repetitive and with too little to say to be considered truly essential. However, these issues aren’t enough to derail the strength of what’s on offer.

Through their ongoing commitment to experimentation and legacy, Moderat have engineered a record which is totally distinct but that also slots neatly into their already enviable back catalogue. MORE D4TA or MODERAT 4 is the sound of a group creatively recharged and at the height of their power. To this end, in almost every conceivable way, it's the Moderat album that fans have waited six years for.