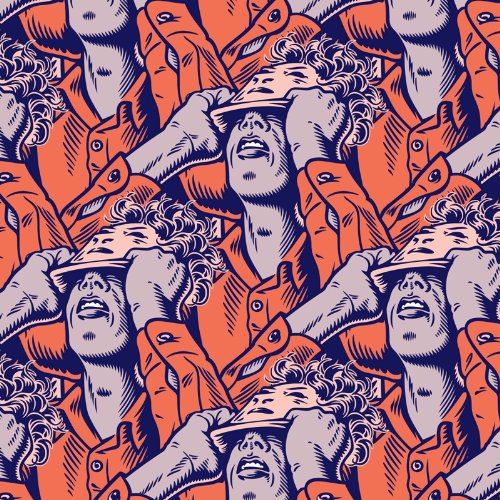 “This is not what you wanted, not what you had in mind” croons the chorus to ‘Bad Kingdom’, the second track of Moderat’s follow-up to their 2009 debut. It’s a disavowal of playing to type, and becomes almost a wry raison d’être emblazoned across the better part of an hour.

When Modeselektor’s Gernot Bronsert and Sebastian Szary met the equally fantastically named Sascha Ring (aka Apparat) 12 years ago, they represented two defining but almost opposite pillars of the bountiful Berlin electro scene. Neither was faltering, but some spark or creative friction set in motion the wheels of the vehicle ‘Moderat’ – a straightforward composite in name, but in sound, full-bore bass melded with fey electro – something much greater than the sum of its parts, and no doubt typically economical.

II is not a drastic tinkering, but probably the most apparent differences between this and their self-titled debut is an increase in Apparat-led lyrical passages, and a greater consistency, now sans stylistic tangents with guest artists. The PR-gumpf freely downloadable on their site does a perfectly good job of summing up exactly how every track actually sounds (with the utmost restraint, of course), if you’re interested.

With all due respect, I suggest you ignore it completely for risk of preconceptions somehow inuring yourself to the wild riches that await in the turbulent depths of this magnificent record. Suffice to say, though its first two to three tunes might seem more like Moderat 1.5, what follows is in fact a spectacularly nuanced and intelligent full sequel. Every track feels honed to within an inch of its life, surging, roiling album highlight ‘Milk’ clocking in at 10:04 for example, and still somehow leaving you wanting more. ‘Gita’ is another indicative masterpiece of speaker-blowing bass and soaring, crystal-cut Apparat vocals. Though there’s significant variegation in and between each track, the album blends seamlessly into a transportive whole.

Importantly, the depth and scale that marks the hybrid producers as so idiosyncratic has remained; Moderat don’t so much have grooves as trenches of Mariana-esque proportions. Yet as only the best (Royksopp, Azari & III, Chemical Brothers, etc) can, it feels timeless, cutting-edge, like some kind of vampiric dandy, and it’ll get its teeth into you just the same.

Rarely has ‘second album syndrome’ been made to look so much like feeble neuroticism. 2009 highlights such as ‘Rusty Nails’, ‘A New Error’ and ‘Les Grandes Marches’ are shown to hinge largely on the same trick when compared to the subtle majesty of ‘Bad Kingdom’, ‘Milk’ and ‘Ilona’, like a disgruntled TV actor breaking the fourth wall by suddenly delivering an epic Shakespearean monologue. In other words, Moderat have stepped up to the plate and then some. Rewind back to that lyric and it’s clear that they definitely know best.