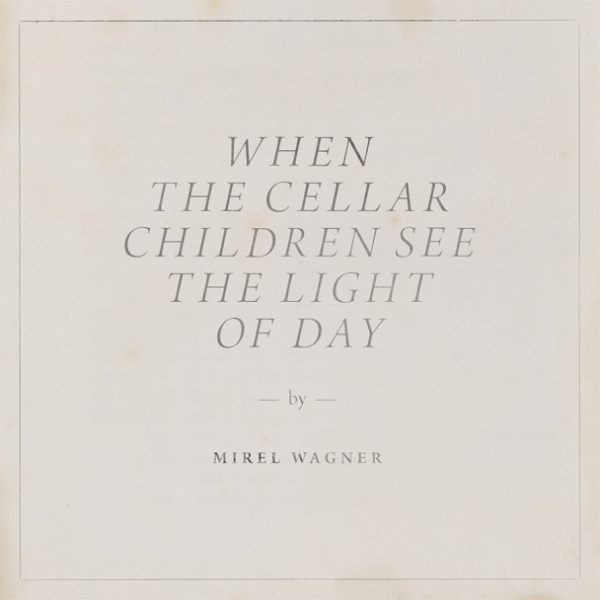 The air dries out when you listen to Mirel Wagner. Her sparse guitar strums are like a warm wind carrying particles of sand, ossifying whatever it comes into contact with; the voice, one that feels from another time, buried for centuries, is so intimate it suffocates. Not just the dry, informal delivery but also the subject matter.

Suicide, death, necrophilia…just look at the disturbing honest in “No Death”, a song from Wagner’s 2011 debut: “I move my hips/In her I am home/I’ll keep on loving/Till the marrow dries from her bones/No death/Can tear us apart”. This is music that will make you flinch and reach for your throat as if something is stopping you from breathing; physical music as much as it is emotional.

Still in her early twenties, this young Finnish musician feels just ever so slightly out of time. Her style of jazz, folk and blues is drawn from the early 20th century; her self-titled debut wasn’t constructed from much other than her voice and guitar, very much a self-contained record with a mood that never wavers – and little has changed on album number two, When the Cellar Children See the Light of Day. That bleak mood carries over from “The Road”, the final track on her debut, into “1,2,3,4” the opening track here like no time has passed: “one, two, three, four / what’s underneath the floor / won’t you tell us more / chewed up lips, milky teeth…” sings Wagner in her dry croak, accompanied only by her strummed nylon strings and a deep sense of worry and foreboding. As dark as night, and it doesn’t get bright anytime soon. The jazz plucks of “The Dirt” are stark, and Wagner’s almost devoid of emotion as she tells a tale of hardship: her delivery is clipped – almost astonishingly so – as she informs her “mama” that “you’ll be the dirt” thanks to a drought that seems almost by-the-by to our story teller. Yes, death is at the core of our very existence but Wagner’s matter-of-factness about it verges on the comic at times….and perhaps that’s partly her intention, in the same way Bonnie ‘Prince’ Billy faces off against the darkness with a smirk.

Wagner’s voice and guitar are joined by some sumptuous strings, courtesy of Craig Armstrong, on “Ellipsis”, finally stirring some emotion in her black heart and it’s truly beautiful. What it also does is take it away slightly from the consistent mood of Mirel Wagner, and this slight varying of tone is continued on “Oak Tree”, which has a more insistent strum and finds Wagner singing with a little more urgency over multi-tracked moaning versions of herself. When we reach “In My Father’s House” there’s even a touch of brightness (a chink of light through the cellar door if you will) to the chords, Wagner’s fingers moving away from the E towards the lighter notes. It’s even reflected in the words which seem to nod towards finding refuge in the titular house….until an ominous mention of “cellar” again as the song drifts to its conclusion.

The second half of the album signals an extinguishing of that brief hope; “The Devil’s Tongue” (….”is long and rotten”) finds the narrator back in the darkness, “What Love Looks Like” questions some kind of broken relationship – whether it’s a romantic one or one looking at the horror of a fractured familial one, which the album title certainly points to, is hard to tell – and “Taller Than Trees” asks us to consider broken promises coming after emotional and physical commitment and final track “Goodnight”, while referencing lullabies and suggesting much-needed rest hits us with a sucker punch of a line: “I’ll hold down the pillow with all of my might/Goodnight, goodnight/the stars are so bright….tomorrow, tomorrow we’ll be alright/together, forever, now and through time”. It’s a horrible and unforgiving, if not unexpected, way to end a record.

When the Cellar Children See the Light of Day is in many ways an astounding album; unflinching in its tales of abuse, murder and death it marks Mirel Wagner out not just as a musician of immense talent, but also as a story teller and poet who’s able to weave gripping tales from bleak reality. She’s carrying on an old folk tradition; if it be murder ballads you want, then there’s no-one better to sing to you.