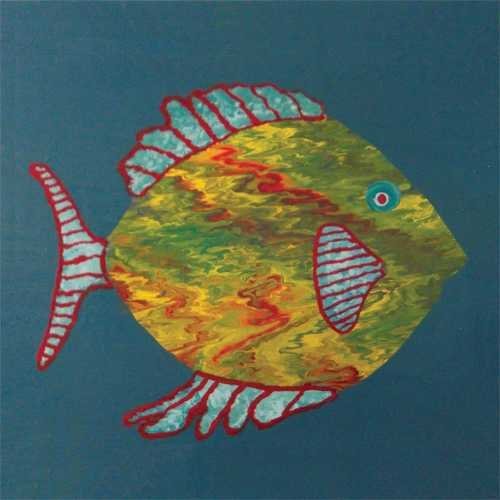 You haven’t heard of Michael Chapman. Perhaps that’s patronising. Maybe “‘Postcards of Scarborough” soundtracks your minutes before sleep and Rainmaker sits on your mantel. But I hadn’t heard of him.

His name was dropped, modestly,occasionally, by my effusive Lancastrian guitar teacher. He was a name, and occasionally he was a dry Yorkshireman in the lounge, as I turned up with spots and a guitar case. But later I saw him as folk’s forgotten man. England’s Bob Dylan, or, more accurately perhaps, England’s Sixto Rodriguez.

He looks like an Indiana farmer these days, but still plays like a god. He musters untold soul with an open tuning and a lemon-sucking expression. Fish is his fortieth release where the folksy fingerpicking comes lightly southern fried and, lyricless, It’s virtuoso playing which tells Michael’s story. "Lament for Napalm" sounds like "Albatross" on a comedown, the bells bookending it speaking of something funerary. "Vanity and Pride" oozes with nostalgia, harking back to his sixties heyday through round rose spectacles – throughout he plays expansive, exploratory folk of the highest order.

There’s a Zen that floats around Michael and this work and with total mastery, he’s decided to create something vital. He could have been forgiven for making this a technical, scowl of an album, “this’ll show them”. Instead, each slightly buzzing fret and imperfect, scratchy sound speaks of a man full of life, playing with a smile perhaps more wistful with age. Unrestrained by technique, he is free to breathe life into Fish, bend it to his will: it has an orchestral beauty, and Chapman is as much a conductor as a songwriter.

He fell down a sinkhole, perhaps purposely, around 1975. But maybe that’s why he’s still here, smiling and dryly cracking wise. Perhaps his Zen is his secret, and why he’s as happy playing to twenty despite talent and experience worthy of thousands. Maybe that’s the reason he can make unfaltering music, of the highest quality, prolifically and into his seventies. So maybe try a little more Zen. And stay true to your art. And listen to Michael Chapman. He’s England’s inheritance.