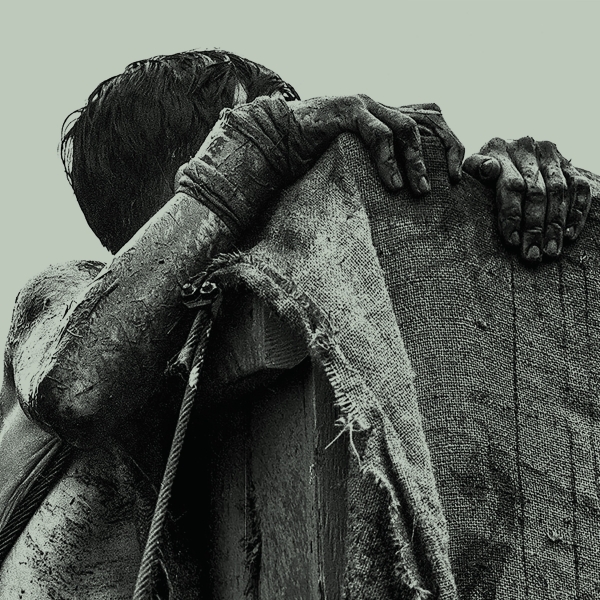 With their fourth record now under their belts, it’s fair to say that at this stage you generally know what you’re going to get with a Metz album.

Announcing themselves, on record at least, with 2012’s self-titled release, the Toronto trio have over the years created a very particular framework. Garnering attention due to their blistering style of punk, leading to plentiful comparisons with Nirvana and The Jesus Lizard, progress was that of refinement rather than reinvention. Their trademark shower of steely guitars, punching drums and pulsing basslines, if incrementally honed, was never up for total review. A shift though was suggested when, ahead of Atlas Vending, vocalist/guitarist Alex Edkins spoke of the band’s aim to “remain in flux” and the desire to continue pushing forward. While there is undoubted development, it would be wrong however to take that sentiment as meaning Atlas Vending feels at all un-Metz.

In fact, much of the album abides by the formula established in previous records. “Blind Industrial Youth” epitomises the industrial oppressiveness of Metz at their bludgeoning best, an avalanche of distortion and Edkins’ wails about discord among the young. “Sugar Pill” is similarly propulsive, the song’s ending in cries of “Hysteria” as typical a Metz outro as you’re likely to get.

Atlas Vending however is no carbon copy of any of Metz’s previous releases, and it’s in the moments where they legitimately push their sound forward where it’s at its strongest. The patient approach on opener “Pulse” and closer “A Boat To Drown In”, while not totally new, is certainly more pronounced, and develops not just tension but also greater envelopment. “No Ceiling” and “Hail Taxi”, however, reflect the most successful extension to their sound. Underpinned by sharper melodies and, shock horror, notions of hope, they sit comfortably as among the best songs Metz have written so far. If they’re a nod to how the band intend on developing their sound further, we may well soon end up with a record that truly feels like serious change has occurred.