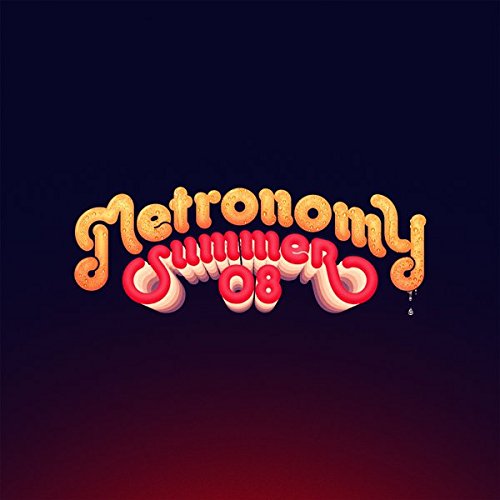 Since Joe Mount brought the distinctly odd Pip Paine (Pay The £5000 You Owe) into the world, there’s been something of a fear that this little project would entirely consume him.

Created as a way to escape the tedium of the small town he grew up in near the South West coast, Pip Paine... was a wonderful, raucous smash of noisy instrumentals that took French house and stripped it right back. It was fun, electro-punk and it came along at just the right time.

Mount saw a chance to do something more, especially with the seal of approval from big dog Erol Alkan. Taking to a proper studio, rather than his bedroom, he scrubbed up that punk sound a little and captured the airwaves with Nights Out. Yes, it was a much more radio friendly album, but it was still wonderfully raucous.

And thus began the summer of ‘08 for Joe Mount. This was the point at which everything was suddenly all go and life ran away. He would go on to create two albums that would move even further away from that spiky nucleus, the slick and warm yacht-rock of The English Riviera and the psychedelia of Love Letters, alongside constant touring and starting a family. Metronomy’s star was rising higher and higher but Mount had barely any time to take stock.

Summer 08 details the quiet before the storm, which makes it unsurprising that the record it has most in common with is Nights Out. Mount has thrown himself into that same frame of mind, even recording the entire album on his own - a frame of mind that feels completely free of the worry of how it might translate live.

Those looking for the beautifully well-rounded warmth of The English Riviera will be sorely disappointed. This is Mount going back to his roots and having some much needed fun.

To skip to the end, “Summer Jam” is the perfect mission statement for the album. What starts with the signature squelchy synths that parked Nights Out, and Metronomy, firmly with the likes of Late Of The Pier slowly becomes a strangely beautiful lamentation of days gone by. It’s a glorious collision of the past and the present.

While Summer 08 might be a step backwards to those halcyon days, to that less-than-manic period of his life, it shows, if anything, just how much Mount has grown and become a more skilled producer as the years have gone by.

The man behind practically every instrument you hear played, it feels like he is in complete control – allowing things to escape him only when he wants it to. It’s the chaos of Nights Out melded with the sophistication of The English Riviera; even resurrecting an old cut from The English Riviera with the help of Robyn and Erol Alkan to bring it all together (“Hang Me Out To Dry”).

From the late-night cool of “My House”, with the meatiest Metronomy bassline since “The Bay”, to the buzzing chaos of album opener “Back Together”, full of choppy guitars, glittery synths and tumbling percussion, this is Mount back in fun-mode.

The lyrics themselves are a lot less serious too. Now far removed from that summer, and the guilt of ditching huge life moments to tour the world, Mount has found the space to be a lot more self-effacing.

Covering everything from love affairs with a drum machine (“16 Beat”) to misguided jealousy at the seedy, hedonistic pleasures of the West End (“Old Skool”), Summer 08 is a light-hearted look back at the whirlwind that consumed Mount in that fateful summer. Dragged from a life of constant partying, awkward chirpsing and cool-feigning and thrown into the back of a tour bus.

While it might lack the chaotic charm of Nights Out, or the lush, well-rounded sound of The English Riviera, it makes up for that by simply being fun. It’s clear that Joe Mount is making this record just for him. A breather from all the mayhem of his life, a time to reflect and just chill. He could’ve just taken a break and basked in the Metronomy glory, but that’s just not how he works - and we’re all the more glad for that.