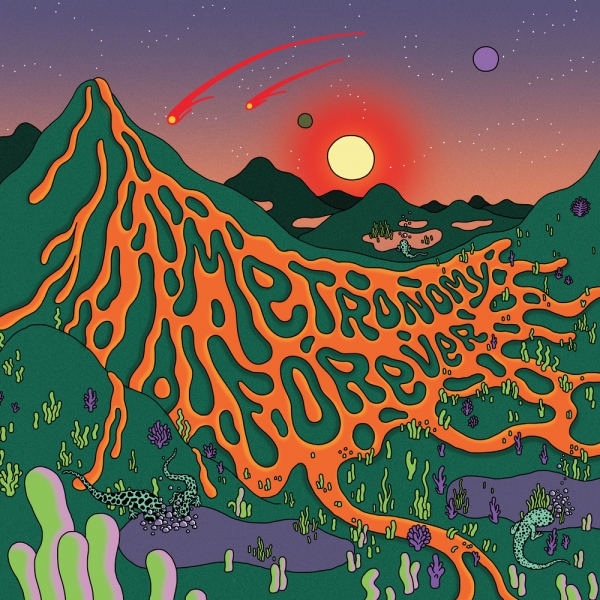 Whilst none of Metronomy mastermind Joseph Mount’s full-lengths are devoted to just one particular style or taste, Metronomy Forever is safely his most eclectic.

Tracks are also structurally diverse. Fans expecting an album stacked with back-to-back bangers, as Nights Out (2008) and The English Riviera (2011) are, will be caught off guard. Instead Mount gives his creative muscles space to flex wide, sandwiching catchy hits between mysterious soundscapes and zany instrumentals.

Echoes of each Metronomy era are noticeable too. The brilliant bouncy squelch-tronica of "Lying Low", which evolves into a sparkling frenzy of haywire arpeggios, is reminiscent of Mount’s noughties remix catalogue. The lo-fi emo-ballad "Upset My Girlfriend" sounds like it could’ve been a remorseful alternative closer for Love Letters. Whilst "The Light", with its gliding waves of synths and sun-bleached bassline, wouldn’t sound out of place on The English Riviera – the latter being comfortably the slickest Metronomy tune since "The Bay".

Interlude "Driving" quite literally is an old Metronomy sound – more invested listeners may recognise its peculiar buzzing shrills from Nights Out-era rarity "Need Now Future". But there’s a reason Mount is dusting off old samples and harking back to his back-catalogue to inspire new material. Metronomy Forever’s concern with time and trajectory is Mount’s way of taking stock, celebrating his output and using it to inspire something new.

People will wonder how Metronomy still slowly build momentum, while their past so-called ‘new rave’ peers continue to evaporate. Who knows what the secret is. But until Mount stops striving for authenticity and experimentation over bank notes, it’s hard to imagine Britain’s finest electronic wonk-pop outfit going anywhere just yet. Metronomy Forever, please!