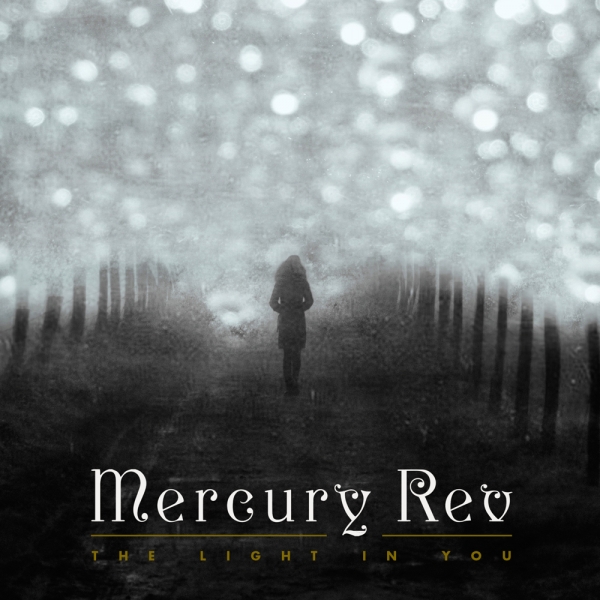 In many ways, Mercury Rev is at heart a tale of two love stories. The first is between its main protagonists, singer Jonathan Donahue and guitarist Grasshopper, the two constants throughout the band’s career. The second is their mutual love of music. The Light In You combines both subtexts quite beautifully.

When they released their debut, 1991s Yerself Is Steam (a contender for best album title pun ever) so chaotic was the band and the music, as can be heard on the brilliantly mind-boggling freakout of “Chasing A Bee”, it was doubtful they’d make another. Their original singer David Baker was all kinds of maverick, yet erratic with it. Yet when Baker left after their second record 1993s Boces, the sound that would eventually define Mercury Rev started to come to fruition.

However, they amazed everyone (perhaps themselves most of all) with the commercial success of 1998’s Deserter’s Songs, an album which could instead have been titled ‘Survivors Songs’, so close did they seem to be on the brink. Returning to and refining the poise and melancholy of Yerself Is Steam’s swoonsome “Car Wash Hair”, they injected Deserter’s Songs with a musical panorama they’d always hinted was in their grasp.

The Light In You sees them walk similarly hallowed ground. “The Queen Of Swans” is a suitably stately and love-struck opening, all blissful strings, skipping military drums and a hypnotic distorted brass in the background. With Donahue’s vocal drenched in reverb the singing sounds like dreamspeak - trippy but awestruck, as the music whips up a hurricane before reining it in. It ends with the reflective line "sometimes years go by, it seems", which would appear to be a reference to the lengthy period since 2008s Snowflake Midnight.

While the album isn’t a reprise of Deserter’s Songs, they readily admit that some of the songs here retain its DNA. “You've Gone With So Little For So Long”, featuring strings that sound like they’re sampled from a Gershwin musical, has the light touch instrumentation and angelic choral singing of the beautiful “Endlessly”. “Central Park East”, (which employs the vast atmospherics of “The Funny Bird”) is a tale of alienation, adapting Paul Simon’s “The Only Living Boy in New York”, to “Am I the only lonely boy to ever walk in Central Park?" It’s the most epic sounding song here (fending off tough competition), clocking in at just over six minutes.

But it’s not navel gazing by any means. When Mercury Rev dial up the funk, they sound like the best soul band around. “Sunflower” opens with a scream and has what sounds like the rhythm section from Booker T and The MG’s playing on it. It's like Elvis Presley’s “Rubbernecking” covered by a beat group on the Nuggets compilation.

Looking at their past release dates, there’s an interesting detail to be found - all but one of their six post-Baker albums have been released in either September or October, (the exception being 2005s The Secret Migration). Musically, given their penchant for putting out records as the leaves start to fall from the trees, “Autumn's In The Air” evokes the transitional period between summer and winter perfectly. With a melody reminiscent of Dusty Springfield’s “Windmills Of Your Mind”, it’s a touchingly reflective and future-facing consideration on the nature of time ("I walk among the leaves of days not yet to pass").

“Are You Ready?” is the record's highlight, a paean to a love of music, a story of the dilemma of being faced with a jukebox and agonising  over what to play, before deciding on "Psychedelic rock and blue-eyed soul", an apt description of the songs here. The soul-pumped verse powers along wonderfully, but it's the gospel choir singing the title on the chorus who take it even higher.

With its ponderings on displacement and trying to find a path, The Light In You is a record that - like Beach House’s Depression Cherry - manages to navigate a route through sadness towards salvation. It’s not a reinvention, but Mercury Rev did their experimentation on their earlier records. Here they just get on with the job of sounding like nobody else, which suits them very nicely indeed.