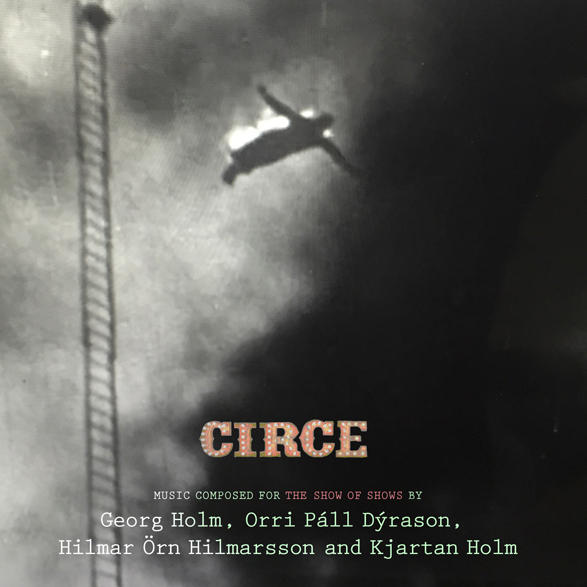 Perhaps the greatest thing about Circe, the new soundtrack to upcoming BBC documentary The Show Of Shows by Sigur Rós’ Georg Holm, Orri Páll Dýrason, plus touring musician Kjartan Holm, and veteran composer Hilmar Örn Hilmarsson, is that it’s really not bound by its intended context.

The Show Of Shows seeks to explore the history of circuses, carnivals and vaudevillian theatre, but, on Circe, you won’t find gaudy hurdy-gurdy tinkles, the garish oom-pah parps, or chintzy carousel hooks.

Without being told it’s an OST for a documentary about circuses and performing arts, there’s every chance you’d miss that. It’s harrowing, abyssal, and jet-black in places – this is the closest we’ll get to the missing link between Sigur Rós’ Valtari and Kveikur.

Though it’s a record that can stand on its own two legs, and not solely intended as background noise, it’s the slowest of burners – indeed, it has the shadows of Kveikur and the gradual evolutions of Valtari, but the scraps that are best repurposed in a fan-only collection of B-sides, editing room offcuts, and rarities. It’s wonderful they’ve seen the light of day, but its semi-ambient nature means it requires a lot of patience – “Wirewalker” is perhaps the only tune that offers instant gratification.

As a standalone album, Circe isn’t likely to be an instant classic. As a soundtrack, it’s near perfect – it’s not a limelight hog by any means, and sculpts the mood without forcing your mind in any direction.

The way that Circe links up with visuals remains to be seen, but it certainly will provide a sturdy base to look at circuses and vaudeville sans the usual clichés. There’s a brief preview available, full of vintage clips and monochrome action, and the Icelanders certainly seem to add a real depth and sincerity to something many onlookers dismiss as trite.

It could well be that the influence of the soundtrack brings this doc to a wider stage. The powerful contrast between monolithic noise and shots of family fun hits hard in the trailer, and without the deft hand of Holm, Dýrason, Hilmarsson, and Holm, this could easily have flown under the radar. Now that’s not to say The Show Of Shows will succeed only because the music, but the atmospheres created will certainly aid the team behind it in creating a sobering look at something so familiar.

That said, this macabre noise backing widespread shots of clowns could end up being nightmare fuel.