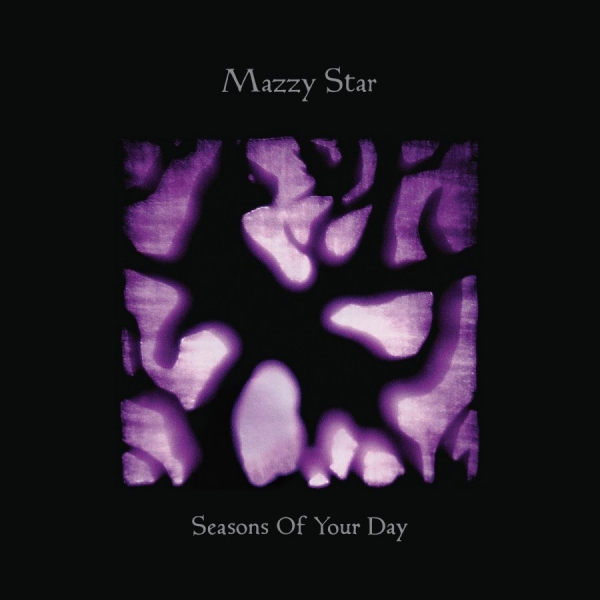 When The Pastels released their gorgeous Slow Summits LP back in May, I was taken aback at how they’d managed to return from a sixteen-year absence with minimal suggestion of rust. That Mazzy Star have pulled off a similar feat despite being missing a year longer, in terms of recorded output, is testament to the honesty of their music; if you think about it, if a band write songs in a genuine and sincere manner, they shouldn’t really struggle to return from any length of time away, so long as making music equates to being themselves.

That’s plainly the case on Seasons of Your Day, a record that takes the sonic characteristics that defined the first three Mazzy Star records and amplifies them. You could probably offer up any number of potential explanations as to the reason for this record’s unusually lengthy gestation period, but it’s hardly difficult to imagine that it might just be because Hope Sandoval and David Roback aren’t inclined to rush anything. Such is the unhurried style of their music, as we’re immediately reminded with opener ‘In the Kingdom’. An unobtrusive wurlitzer chugs away in the background as Sandoval peddles us a tale of an epiphanic train journey - “I thought I was listening to a band play the song that changed me” – with all the formality of a chat by the campfire, but it’s little wonder that Roback’s slide guitar steals the show; it’s fitting that an instrument so languid in its sound is so pivotal to a band as laidback as Mazzy Star.

There’s always plenty said about Sandoval’s vocal work – and rightly so – but given the crucial importance of Roback’s contributions, there’s little doubt he’s the outfit’s unsung hero. He’s carved out a trademark sound on both the electric slide and the acoustic; he brings a haunting quality to the latter on the yearning ‘California’. He’s the perfect foil for Sandoval’s consistently powerful delivery, but that’s not to say he can’t match her for character or personality; see his forceful turn on the bluesy ‘Flying Low’.

The dusky quality of Sandoval’s voice seems to have only been enhanced by the passing of time; she brings characteristic intimacy to the instrumentally threadbare likes of ‘Common Burn’ and ‘Sparrow’, but there’s room for her to explore other styles; there’s menace on the Bert Jansch-backed ‘Spoon’, while the title track’s slow-burning strings provide a fitting backdrop for her talents.

Anybody going into listening to Seasons of Your Day expecting the seventeen-year break to have borne fruit in the form of musical progression and greater diversity will be disappointed, but the cult nature of Mazzy Star’s following is such that it’s difficult to envision anybody actually taking that approach. There’s nothing particularly new here, nothing cutting edge, but there is beautiful, considered, genuine songwriting, and to greet such art with any kind of disdain would be nothing short of a travesty.

Stream the album in full here.