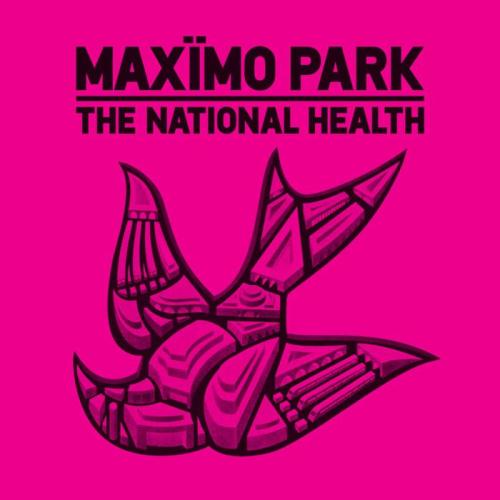 Mid noughties indie groups had a hard time of it. They missed the explosion of post-Libertines guitar bands and were subdued by 2Many DJs inspired proto-rave. The biggest indie disco hits were imports – ‘No Body Move Nobody Gets Hurt’ and ‘Monster Hospital’ – and “Brindie” quickly became lost, humiliated by The Automatic and The Harrisons.

British indie, however, still held a grip on the north. Yorkshire bred The Kaiser Chiefs and The Cribs, and the North East the Futureheads and Maximo Park. It was the second wave of the New Rock Revolution (ask your big bro’), just as Supergrass and Elastica were post-New Wave Of New Wave Britpop pioneers, after Suede and Blur sewed the seeds. Nowadays, with indie being preoccupied with being coy and jangly, The National Health goes some way to proving that this second wave had it right.

While the reputations of these bands have varied (Kaisers- pah, Cribs- meh, ‘Heads- yeah) it’s the underdogs Maximo Park who have flourished, becoming the inoffensive band it’s okay to like – just about. As an indie disco DJ during said era, Maximo Park never seemed peak time. But going to the same school as Paul Smith (I was a year below) engendered a degree of loyalty, so ‘Graffiti’ and ‘Apply Some Pressure’ would be squeezed in, somewhat divisively. Too indie for the emos in the corner and too clever for the indies.

It’s been surprising, then, to see Maximo Park thrive. There was an expectation of them going the same way as ¡Forward, Russia! Yet their solid songs have maintained relevance; just listen again to ‘Books From Boxes’: good isn’t it? While their contemporaries have relied on gimmicks, from drafting in guitar legends to twatty pork pie hats, The National Health maintains an allegiance to good ole guitar pop. And we are thankful for their stoicism

You see, in the three years it’s taken to release The National Health, Maximo Park have developed into a buttress of refined modern rock. ‘This is What becomes Of The Broken Hearted’ could easily be a MOR anthem, with its huge Steinman piano riff which is floral with American pomposity, yet there’s an angular guitar to drag it mournfully into the modern word. It’s an updated response to its classic namesake, setting a traditionally-based aspiration for the group.

Similarly, ‘Reluctatant Love’ shows band capable of crafting gently sweeping rock songs, which adhere to formulaic structures without needing to become Coldplay. Throughout The National Health there’s an air of established confidence, which only bands freed from the shackles of making a name for themselves achieve, as the aforementioned Supergrass did. The saccharine bangers have been replaced with standalone crowd pleasers – ‘Wolf Among Men’ and bulbous accompaniments, the doom trance of ‘Banlieuve’.

It’s not all serious and grown up. ‘Hips and Lips’’ Suicide intro sounds like a black sheep uncle whispering The Time Warp to a nervous niece, alluringly seedy. Conversely ‘Write This Down’ is sprightly and pop-tastic, with energetic synths and jarred guitars before a shameless middle eight inspired a lighters aloft moment, morphing into a stadium rush.

Gill Norton’s trademark production is prevalent throughout, each song sounding vibrantly rousing as guitars act as a barricade to Maximo Park’s increasingly present synths. This gives The National Health a depth and maturity, albeit with a scissor kick thrown in, which marks them as fine British rock band who ooze humble confidence. However, it’s hardly album of the year material as it lacks a definite edge, yet it stands bravely as a fine body of work from a band with nothing left to prove.

Listen to The National Health