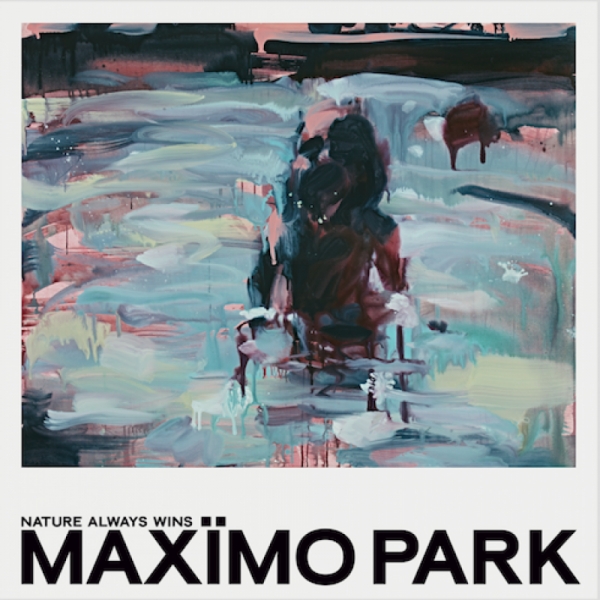 ​​With 2017’s Risk To Exist, Maximo Park crafted an album that dealt with Brexit, Trumpism and a seemingly global shift towards nationalism. Fast forward four years, and though these issues are still as salient as ever, the world is a very different place and not strictly for the better.

While certainly changing on both a wider, and international scale (a global pandemic will have a tendency to do that), the differences also reach more personal for Maximo Park. Though Nature Always Wins marks the band’s first record since the birth of singer Paul Smith’s first child, it’s also notably the first since the departure of founding member and keyboard player Lukas Wooler, an egress that left a sizeable gap in the band’s foundation. And two events which inform much of the record.

Rather than view this as a setback however, the band have taken things in their stride, resulting in a record that fizzes and pops in true Maximo Park fashion, whilst managing to avoid most of the hiccoughs that often come with such a recalibration.

For the most part, Nature Always Wins asserts itself as textbook Maximo, bridging the gap between the band’s trademark staccato post-punk and their wide swathes of technicolour indie-pop perfectly. Even those rare moments where the record thins and Wooler’s absence is most notable are fleeting, especially when compared with the memorable pop pomp of tracks such as "Partly of My Making" or lead single "Baby Sleep".

It’s certainly a testament to the band, that they can wrestle with the themes at play here, and not just retain a sense of their usual buoyancy, but actually build and develop it. Indeed, where Risk to Exist was an obliquely political record, Nature Always Wins is grander still, interested not just in the socio-political, as much of their records are, but in the very nature of us as humans, in how beliefs can influence actions; in how one’s personality can shape their children.

If such narratives seen ambitious, that’s because they are. But then, Nature Always Wins is an ambitious album. From the understated "Meeting Up" to the sprawling and off-kilter closing number "Child of the Flatlands", it’s the sound of Maximo Park not so much maturing, as it is them evolving. And while Smith might well argue it’s the sound of them aging, there’s still plenty of life in them yet.