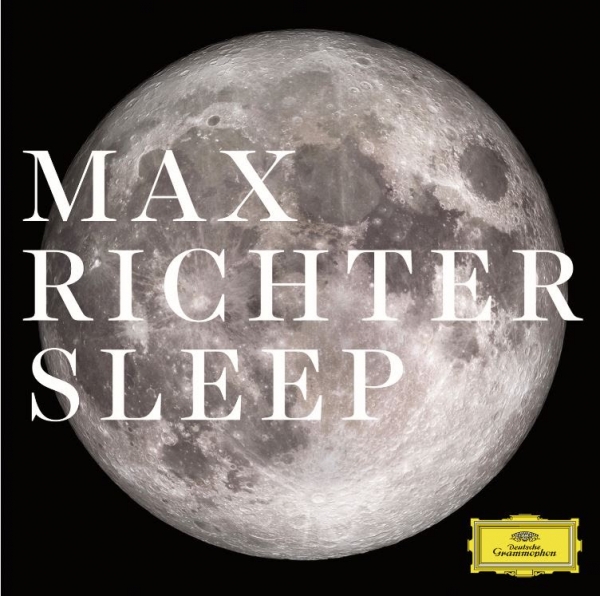 Whatever walk of life you find yourself in, every now and then, a proverbial ‘curve ball’ (excuse the Americanism) comes your way and for me, the chance to review an eight-hour long concept album by my favorite composer – British-born but Berlin-based Max Richter - was one such chance I couldn’t refuse, albeit somewhat far from the norm.

The aptly titled SLEEP is the latest offering from one of the classical world’s modern maestros and no lesser than expected, it is nothing short of a masterpiece. Intended to send the listener to sleep and replicate a full night’s sleep, I can fully vouch for its success with that intention – having to listen to it at least 10 times before doing so succesfully without falling asleep mid-task.

Akin a musical lullabies, tracks such as the tidal "Dream 3" and the ethereal "Dream 13" showcase Richter’s incredible ability to make fully immersive yet uncomplicated pieces with the smallest array of instruments and movements – building slowly and matching the trancelike state the listener soon finds themself in.

Never one to shy away from the broodier side of classical music, Richter shows his emotive prowess in darker tracks like "Space 11" – which sends you deeper and deeper into a seemingly never-ending void – and "Space 21". Both of which also showcase Richter’s incredible use of electronic elements – the perfect juxtaposition to the strings and pianos of more airy tracks.

Taking a step somewhat in a different direction, SLEEP also sees Richter bring vocals into his work with mesmerising effect. Starring one of the world’s brightest rising stars in the form of British soprano Grace Davidson, "Path 5" is ethereal in every sense of the word and arguably the best track on the album.

For those not willing to dedicate eight hours of their life, there will be a preview one-hour long album in the form of From Sleep, which will feature a selection of hand-picked tracks.

Now for the best bit - not only is it composed to make the listener fall asleep but whilst writing the album, Max recruited the help of prominent neuroscientist David Eagleman to learn more about the human brain during sleep. As Max points out, this is much more than just a musical endeavor: “For me, SLEEP is an attempt to see how that space when your conscious mind is on holiday can be a place for music to live.”

As a neuroscientist, my excitement at this conceptual element may be slightly over the top but I reckon that's pretty fucking rad (again - excuse the Americanism). Luckily for you - I will save that particular discussion for a rainy day but exploring music's relationship with consciousness surely gets the man some credit...

Either way - it's hard to deny that Max Richter is truly a modern day musical genius and with his latest offering - "A manifesto for a slower pace of existence” in his own words – you can’t really argue. Musically incredible and conceptually spot on, is there anything this man can’t do? I’m going to say ‘no’.