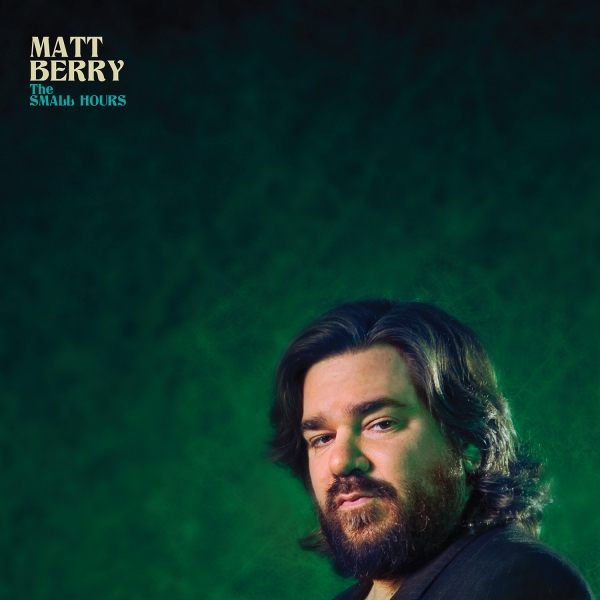 It looks like turning 40 may have been the spark for Matt Berry to realise his musical potential. The arrangements that became recognisable TV themes were catchy, but nothing deeper. His previous albums show he was not just spinning-off his comedic career with throwaway ‘funny songs’, but they weren’t setting the world alight.

The Small Hours is completely different. It has unity of purpose as he calls ‘bullshit’ on religion, meditates on his vulnerabilities and is troubled by the shallow showbiz industry he finds himself inside.

He nails some sassy jazzy tunes mixed with poetic melancholia. There are still some lines that sound initially amusing in their absurdity as “the Peach said to her sister / ‘hey there Melon, this is heaven’” actually refer to something quite serious. "The Peach & The Melon" is about the Manson sisters, where Berry likens their cultish devotion to that of religions in general. It seems to fit nicely with "Beam Me Up", a longing for an alien abduction which opens “if there’s anyone there then make yourself known... take me, with you” and where he sounds a little like John Lennon. On that note, "Lord Above" opens like "Hit The Road Jack" and the latter part of "Night Terrors" is reminiscent of an‘80s TV gameshow. Knowing whether this mimicry is conscious or not would be interesting, but essentially is indicative of the eerie familiarity of the songs.

A yardstick for the self-awareness and earnestness on this album is found in the lead single "Gone For Good". While not the obvious choice when you listen to the whole, it sets a persistent tone with the line “I listened to the voices deep inside my head / They called me weak, a loser and a coward”. Berry doesn’t need to produce music, so where he’s bordering on first-world problemitis, it’s seems to be actually just how he feels. It was a few years since his last record, but he can just wait for the ideas to come - he’s not trying to churn out songs for the sake of it here. The doubts come thick and consistently ranging from “my hair, it fell out one by one” to “I’m far too chicken to move”. He also worries that "I've wasted all my time / on anything that shines". Like a BAFTA?

All this doesn’t even take into account the music; the ideas behind this come together with the musical execution to create a genuinely brilliant 12 tracks. A band which includes trumpet, clarinet and gorgeous backing vocals give it an old bandleader-type feel, especially on "Night Terrors", a ten minute (mostly) instrumental which features a series of solos in a swirl of nightmare and clarity. Oh, and it opens like a Miles Davis jam. The songs are unbelievably catchy in a way those who love "Take My Hand" and "Snuff Box" will appreciate.

If this album was anonymous people would be going crazy come its release. Sadly, the mixed message Matt Berry’s name attaches might mean it doesn’t get the plaudits it deserves.