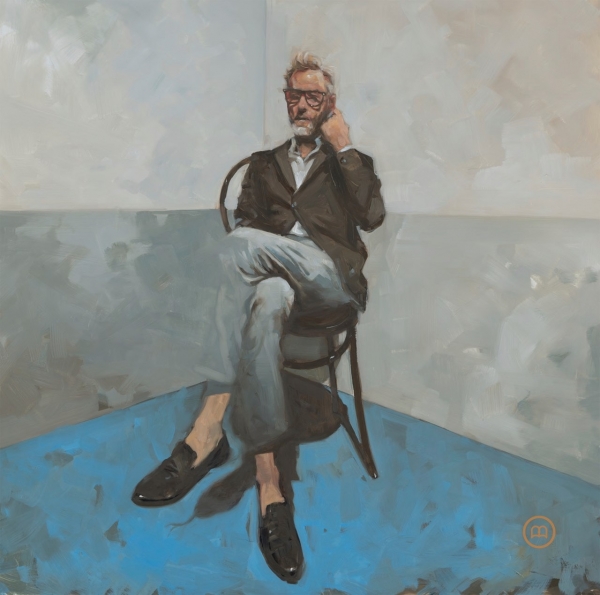 There are always some questions which arise from the solo project of a member of a well-known band. The biggest of these is always - why?

Usually, it’s to satiate something else inside of them artistically. In rare cases it means the name is unhappy, and having a bit of time away from the day job can breed something a bit ‘different’, but in the case of The National’s Matt Berninger, it would appear to be just because he can.

Teaming up with legendary American producer and multi-instrumentalist Booker T Jones, Berninger’s debut solo outing is one that features all of the classic red wine lamenting, but with flourishes that encourage an exploration of the mind, body and soul.

Featuring a dream lineup of music aficionado names - from the aforementioned Jones to The National and EL VY bandmates, and even touring members of the likes of Bob Dylan, Willie Nelson and David Bowie, everything comes together to make this a symbiotic and serendipitous release. Even October proves to be the perfect month for Berninger to release his debut. Those drawn in early darknesses befitting the solemn sounds that glide from soft acoustic to more driven and focused.

Certainly, these aren’t tracks you’d expect to hear on any of his day job releases. Where The National build - twirling and brimming to something elegant and powerful - Berninger and his motley crew go for immediate delivery; one that certainly broods, with the help of Wurlitzer, or harmonica, or just lopping country sounds, but ending with the sum of their parts leading to something impenetrable, while also feeling like a flight of fancy in the best way.

As Berninger’s voice reaches its lowest register, trawling through the deepest, most whispered twangs of his vocal cords, sounding his most sincere (“Oh Dearie”), there’s a joy to be found, even when lamenting love (“Distant Axis”) or yearning for a do-over (“One More Second”). There’s a distinct lack of pressure; Serpentine Prison is about the ride - still adamantly expressing himself, but with a little help from his friends, Berninger finds a new world to stride about.

Most notably is the eponymous closing track. In all its dawdling, horn soaked glory comes essentially a personal essay of sorts with Berninger ruminating on his life (“I’ve been picking my kids up from school / smelling like girl scout cookies and drool”) and the world, (“total frustration / deterioration / nationalism.”)

What does become clear once the leaves settle is no matter the arena, Berninger can take those feelings - the one’s where you’re unpacking the heft of life; its coarse howl reverberating around the hollowed and hallowed halls of a heart - and give them a spirit that dances like poetry and strikes like fangs.

It’s a question as to what itch Berninger is trying to scratch with Serpentine Prison. The echoes of his home band are clear, but there’s also an underlying feeling of something greater at play - the proof that he can cut it as a name as much as he can a band, and Serpentine Prison is Matt Berninger’s artistic truth and joy.