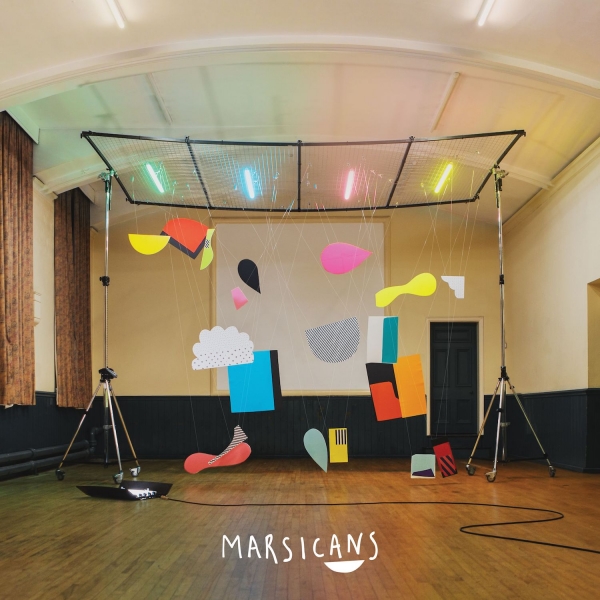 Anyone familiar with West Yorkshire four-piece Marsicans will already be accustomed, if not addicted, to the bands inimitable brand of technicolour indie-pop.

Going into Ursa Major, the band’s debut album, expecting nothing but that won’t leave listeners disappointed, but they might be surprised to learn that there’s much more to the quartet than they first assumed.

Opening with a steadily-mounting instrumental introduction before exploding into previous single "Juliet" is a sure fire way to capture anyone’s attention, quickly establishing a pace that continues through to another single "Summery In Angus", before the first of three ‘Interlude’ tracks offers up a surprisingly sombre side to the album.

From here on out Ursa Major doesn’t so much as take a turn as more regularly showcases a more tender, somewhat introspective side to Marsicans than exhibited across their singles. "Someone Else’s Touch", for instance is a subtle lament, built around seemingly effortless guitar and warm waves of understated synth, whilst following track "These Days" explores universal feelings of anxiety and mental health against a driving indie-pop backdrop.

Of course, whilst upbeat and optimistic indie-pop is what Marsicans have made their name on, even that formula has been played with to such an extent that expectations are subverted just as often as they’re met. "Can I Stay Here Forever (pt II)" is prime festival fodder, that succeeds in showcasing a heavier, not often seen side to the band, whilst earlier in the album, "Dr Jekyll" manages to sound like early Maxïmo Park - a compliment if ever there was one.

Though still without a doubt 100% Marsicans, perhaps the most interesting thing about Ursa Major is just how evident the band’s evolution is. From the buoyant beginnings and tracks such as "Juliet" or "Sleep Start" that are reminiscent of earlier releases like fan-favourite "Friends", to the likes of the aforementioned "Dr Jekyll" or "Leave Me Outside", the latter of which’s breakdown shares more in common with October Drift than Mariscans themselves.

A record with more on offer than it has any rights to, Ursa Major is a debut that comes well after Marsicans have already made their mark. Instead, rather than an introduction, it feels more like a statement of intent from a band that are both looking ahead to the future, whilst not forgetting where they’ve come from.