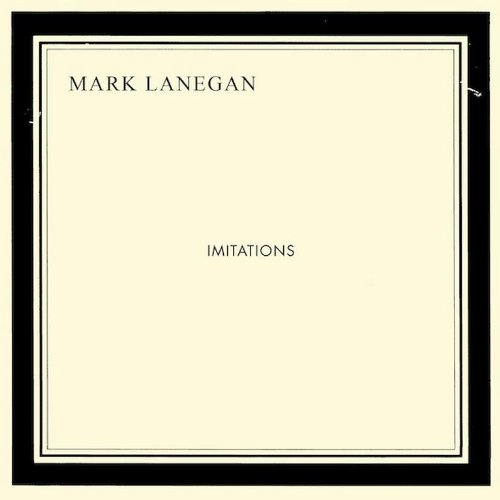 Whatever the rate of productivity, Lanegan remains seemingly incapable of making a bad record. Mainly stark and stripped down, Imitations could be considered a sort of follow-up to 1999’s charming low-key covers collection I’ll Take Care of You. Only this time, instead of wrapping his nicotine-ravaged yet powerful pipes around a bunch of tortured deep-blue soul classics and dark-hued cult singer-songwriter fare (in other words the type of dark-end-of-the-street fare you’d expect Lanegan to feast his ears on) the focus is on stuff that could be filed under easy listening.

Lanegan’s subterranean rumble of a voice, sounding like it’s been dragged through the fires of hell more than once, breathes fresh spark into songs that have been rendered almost anodyne by repeated exposure. The highpoints (a thoroughly lonely, string-slathered rendition of jazz standard ‘Autumn Leaves’; a brass-enriched take on Nick Cave’s ‘Brompton Oratory’ – one of a handful of contemporary cuts here – that might just trump the original) make you think of a crooner who’s back on stage after a series of bad turns, battered but unbowed, not quite suited to the comfy daytime matinees any longer but still belting out the tunes with a delicate phrasing that belies the thick layers of rasp that coat his vocal chords. Alternatively, you could think of these tender expressions of longing and loneliness as the sort of thing Lanegan would love to write, were his personal songwriting kit not filled with the darker stuff.

On the downside, it’s doubtful whether another version of ‘Mack The Knife’ is really necessary, and Lanegan’s take on John Cale’s majestic ‘Not The Loving Kind’ is close to, well, an imitation, although it’s great to see one of this woefully underrated songwriter’s finest moments in the spotlight, handled with the care and respect it deserves. Even so, Imitations is another strong entry to the diverse repertoire of a singer who seems to be gaining an increasing grasp of his vast expressive potential with age.