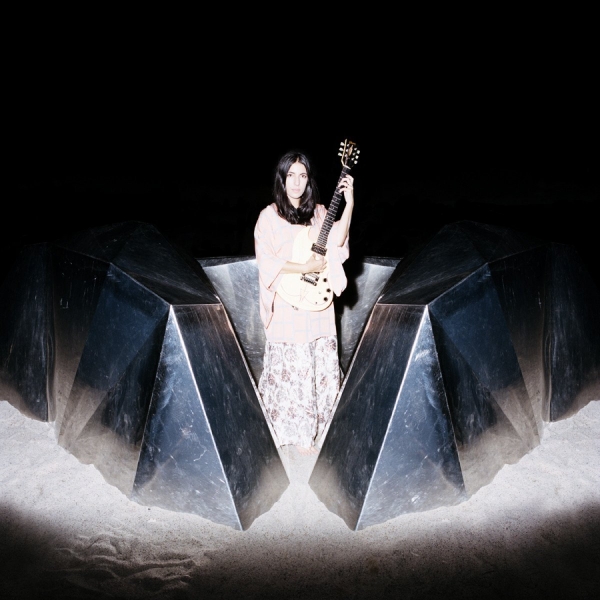 Mariam the Believer makes music for people who possess an extra sense.

But don’t stress, that doesn’t rule you out. Whether a believer in divine being or not, there’s something about us that is spiritual, that connects beyond mind and matter. On Blood Donation, Mariam Wallentin taps into this area, with conjuring spirits through instruments – gentle sounds, tones and textures, coupled with a tactile and hard feeling to shake. The debut record from one half of Scandinavian duo, Wildbirds & Peacedrums, she doesn’t seem to suffer from separation anxiety here – perhaps basking in the creative freedom, relying mostly on her own intuition.

Opening with the title track, she sings “I would bleed if I didn’t have this cut. Life as a flower seed and death a shiny pearl”. When sung in such phraseology, it’s almost impossible for this to not draw up images of the swinging 60s, psychedelic hippy-dom. It’s refreshing though, if not almost entirely contrary to western reality. Her music is a form of escapism, a means to drift off through your imagination. Almost disjointedly, the electric guitar bubbles beneath the vapour, before the songs ascends into adult-contemporary domain – not in a John Mayer kind of way, but somewhere between those familiar Stevie Nicks tones coupled with Mariam’s own fantasy-like charm.

The comparisons with early Cat Power aren’t unfounded, but they are limited. Despite being firmly in experimental terrain on tracks like ‘Somewhere Else’ and ‘Belong Or To Let Go’, she possesses a pop sensibility that Chan Marshal was never brave enough to venture through until 2003′s You Are Free. Mariam is able to balance this out though. On the latter track, a stand out moment on the record, she’s toys with that uncomfortable vulnerable place. The understated background instrumentation allow her otherwise gentle calm voice to bellow. In other words, it’s like hearing a pin drop; as a listener you can feel it – it’s tactile and affecting.

We’re then rudely awakened, but it’s the kind of disturbance that alerts you to something important. On ‘Blood Patterns’ (the second of 2 skits), in less than 15 words, she shakes us up like hearing a lonesome cry in the dark. “Lay Down You Soul!”, she sings, in her less rugged Janis Joplin-like yell, “And Surrender!”. Just like ‘String Patterns’ and ‘Hole Patterns’, she uses those short moments to maximum benefit. They wake the listener up, where the other mellow songs sing us gently, pleasantly into lucidity.

The album ends with ‘Love is Taking Me Over’. Perhaps it’s an ode to her musical partner and husband Andreas Werliin, perhaps it’s not. But it sounds entirely personal without being alienating. From the infusion of worldly sounds (possibly influenced by her Iranian background), infused with a certain western pop sensibility too, Blood Donation is a beautiful exploration of the spirit, her spirit and collection of spirits, bound together. It takes you to a place, I’m not sure where it is – but it plays the best songs.