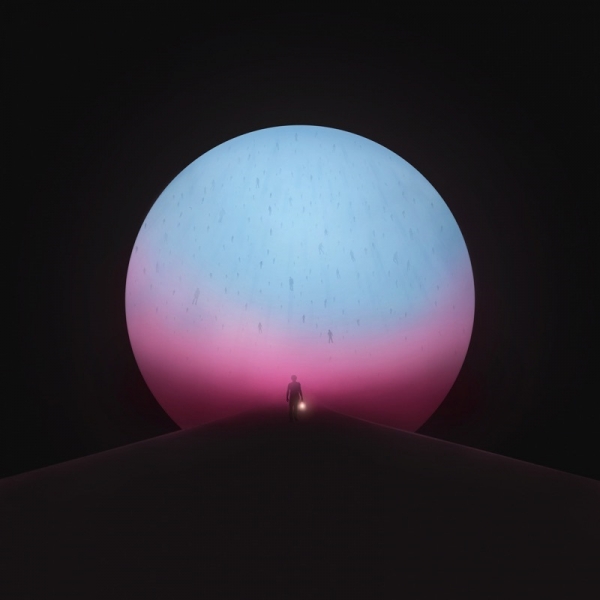 On 2017’s A Black Mile to the Surface, Georgia’s Manchester Orchestra succeeded in building on a sound that had served them well for their previous four records. Not so much a departure from an established aesthetic as much as it was an expansion, it felt like a serious milestone in the band’s career.

Impressively, The Million Masks of God feels much the same, successfully expanding further still on the huge ambition and the cinematic scope introduced by its predecessor. It’s not just aesthetically that the two can be compared either. While Black Mile sought to explore the journey from life to death, Masks takes it one step further, looking at what happens from “birth and beyond”.

This concept, though told initially through the eyes of a fictitious character, soon began to take on a much more personal air as lead guitarist Robert McDowell’s father began to lose his battle with cancer.

While it would be ridiculous to say an event like losing a parent hasn’t informed the album, it certainly isn’t a record backboned by that. It’s also hinged on frontman Andy Hull’s acceptance that life, including his own, is finite.

As such Masks feels like the band’s most emotionally loaded record to date, even by their standards. It’s also their most impressive. Huge in both scope and ambition it’s a testament to just how far the band have come since their debut.

Opener "Inaudible" wastes little time in establishing the record’s inherent grandeur. Unfurling graciously in a little over four minutes, it’s fittingly ambitious, strings and piano join the bands usual arrangement, while Hull’s trademark vocal is as welcoming as ever, strained with raw emotion as it is.

Following track "Angel of Death" is the perfect progression. The longest on offer, it’s a sprawling and emotive offering, truly transcending the realms of indie rock that Manchester Orchestra wrongly get lumped in with.

Elsewhere, the grandeur is toned down somewhat. "Keel Timing" is a rhythmic and propulsive offering, while "Telepath" and "Let It Storm" are much more understated; stripped back in comparison though harbouring no less emotion.

Indeed, an ability to deftly to combine moments of imposing grandeur with something much more tender has always been a part of band’s genetic makeup, but never has it felt as fully realised as here. If A Black Mile to the Surface was the band’s first record back following a rebirth of sorts, then as far as the difficult second album’s go, Manchester Orchestra have absolutely nailed it.