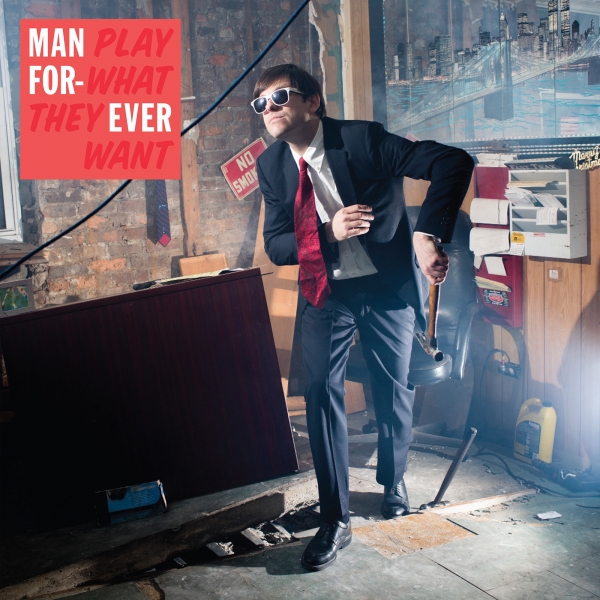 Rolling up the maps made on previous voyages to uncharted islands of percussion, Man Forever now venture forth into the compositional hinterlands.

A robust expedition party joins Kid Millions on Play What They Want. Not unlike the way he last paired with the So Percussion quartet on Ryonen in 2014, here Millions collaborates on three of the album’s five tracks with the Brooklyn-based beat-centric trio TIGUE. The record's ensemble cast is unsurprisingly impressive given that its curator has a reach into many tiers of independent and experimental music.

All three members of Yo La Tengo provide lead vocals on the opening “You Were Never Here”, which starts like a jazz samba before morphing into something spookier and noisier, adding in, among others, Mary Lattimore, the Quince Contemporary Vocal Ensemble and Millions’ bandmate in Oneida, Bobby Matador. The equally indefinable epic on the other side of the record, “Twin Torches”, features Laurie Anderson on vocals, violin and keyboard. Circling center stage are newfound melodic and lyrical concerns that break open the internal dialogue, but the spotlight remains trained on the lithe, guiding hands of rhythm and the physicality of performance.

Who are they and what do they want? “Ten Thousand Things” clangs and stomps like a modernized splicing of animist mythologies and tribal dance capped with gong exclamation points. The manic city life has sloughed off its lustrous skin and all that’s left are “Debt and Greed”: “This world isn’t very nice / But you chose to ignore it / Lots of anger in your eyes / Trains keep on rolling by”. Forces polarize on the closing “Catenary Smile”, tension winding tight as anxious pounding tangles with Gregorian ambience, and Millions conceding that “belief in truth is a pointless fight.”

Never content with, or intent on, being one thing for too long, Play What They Want thrives on anarchy without chaos.