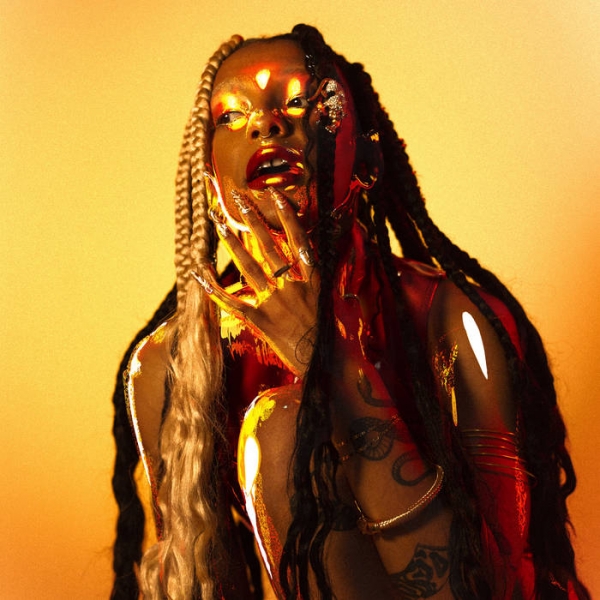 Having grown up in the sweeping straight whiteness of the Canadian suburbs, Magi Merlin (that’s pronounced ‘MADGE-eye’ FYI) is no stranger to feeling like a stranger.

She bottles this frustration in the form of an unapologetic EP that throws two fingers up at judgement (in a very Canadian manner). It’s an album more for herself than anyone else, as she pointedly sings in a rather beautiful way; “Fuck you babe you ain’t entitled to my time”. Despite her seemingly straightforward lyrics, Gone Girl tackles some topical issues, and it’s stirring to listen to Magi’s inner conflict as she simultaneously condemns the capitalist beast, while acknowledging the desire she has for “free grills and a big fat ass”.

The whole album has this endearing level of confidence, and if we weren’t living in an era openly pining for the early noughties, Gone Girl would feel uniquely nostalgic. “Children of Fate” has those off-the-beat high-hats and intimate vocals reminiscent of Kesha’s “She Wolf”, while “No Ego” “hey hey”'s its way to the galvanising whimsicality of The Ting Tings; “I’d hate to wait for Friday for those neon lights”.

Magi Merlin is fresh faced, but already has a distinct sound. Although Gone Girl is a step up in confidence and creativity, her 2019 EP, On My Way To The Listening Party, is also characterised by drowsy, dynamic beats and silky harmonies. She works closely with producer, Funkywhat, whose modern take on R&B blends with Magi’s experimental sensuality to produce a really enjoyable sense of indulgence, captured particularly well in “Pissed Black Girl”.

Gone Girl is honest, brazen, and laced with wit. Magi Merlin has found a crack in the hip-hop genre and is filling it up with her jazzy vocals, expansive bass lines and ego-rich lyrics. Despite sounding familiar, her originality comes in the form of her musical inventiveness, like the unusual presence of two interludes that satisfyingly break up the album. I’m looking forward to hearing what she produces next, as she is well on the way to letting her creative instinct take the reins. If the invitation is still open, I would love to “come hang out with (you) at the top”.