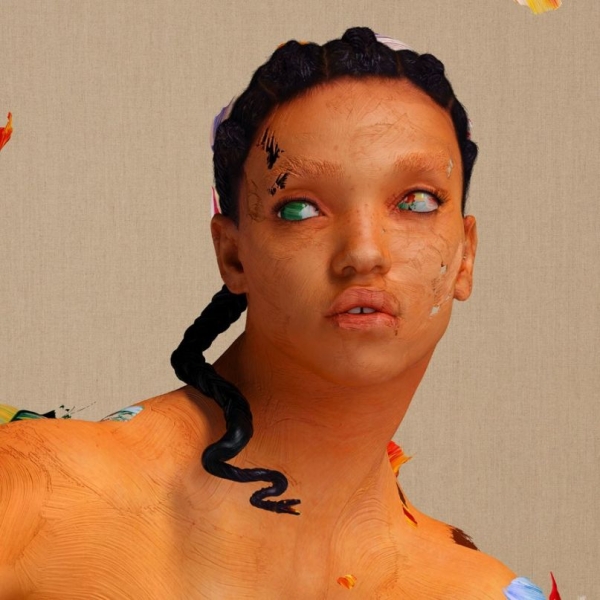 Since her breakout EP released back in December 2012, FKA Twigs has been behind some of the most striking avant-pop and trip hop of the decade.

With newest release MAGDALENE, Twigs - real name Tahliah Barnett - states, “I have always practiced my way into being the best I could be, but I couldn’t do that this time, I was left with no option but to tear every process down”. This is what makes her latest release so refreshing.

To be clear, MAGDALANE is distinctly FKA Twigs, and Barnett is as effervescently eccentric as she has ever been. It’s just that this time we feel more of her life bleeding into the production. The recognisable soprano voice is here but it’s more pained, more agonising; the twisting electronics are present but they’re fractious, and down-tempo, beneath melodies that are soft and often chilling.

This quality is at its most apparent on the single, "Cellophane". The piece acts as an uncompromisingly introspective look at a relationship that isn’t weighing up to expectation, and it's as tortuous an exploration as the subject matter might suggest. Barnett is audibly heartbroken here and every element of the track moves towards selling you on its complete and utter reality.

The song also finds impressive ways of representing its message as part of its own compositional makeup, with the whispered beat boxing throughout effectively serving as the implicit judgement that Barnett experiences as an external influence throughout the relationship she discusses.

The equally exceptional "Day Bed" is another standout, in which Barnett moves effortlessly over a melancholic, synthetic melody in order to discuss her introversion and the fragility of order in life. The piece somehow manages to tread a fine line between outright despondency and speculative optimism with a confidence that is in no way misplaced. It steadily builds towards a harmonic conclusion which marks one of the MAGDALENE’s finest points.

The only real issue here is "Holy Terrain", a piece which feels like something of an outlier, with a feature from Future who isn’t quite able to match the emotional weight of Barnett’s lyricism and voice. Consequently, the track comes off as the most jarring point on the album and does impact its otherwise impeccable pacing.

MAGDALENE is an album in which Barnett comprehensively opens herself up to consider the traumas of her past. It is an unsparing, anguished release in which we see an artist laid bare and tapping into a more natural and resonant version of her sound and self. It is the fullest and most developed work from FKA Twigs to date.