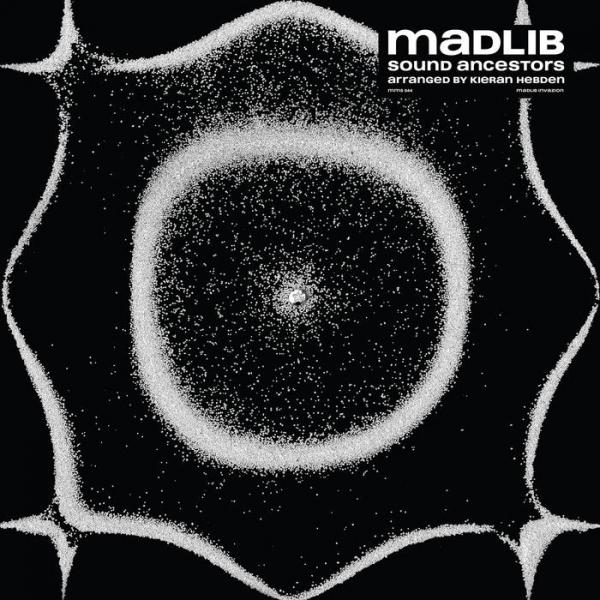 Arranged from scraps sent to Kieran Hebden (otherwise known as Four Tet) over a two-year period, Sound Ancestors sounds like it could come straight out of Madlib’s record collection; a mix of jazz, African rhythms, soul, hip-hop drums, and more jazz.

Exceeding all other solo instrumental projects he’s put out to this point, while his Konducta beat series is a hodgepodge of unbelievably exciting beats, Sound Ancestors is peaceful by comparison, a window into the music Madlib loves and is driven by.

The hallmark of Madlib’s last five years has been his Piñata and Bandana albums with Freddie Gibbs. The projects were busy, soulful, talk-that-talk drug albums, and Madlib distinguished himself as the premier beat and taste maker in hip-hop. If you got a Madlib beat, that meant something. Every collaboration of his is reminiscent of Magic Johnson: he’s the ultimate team-player, yet always at the center of it all. It’s not until Sound Ancestors that we’ve seen someone guide his sound in this way. The project was compiled from hundreds of recordings, snippets, and god-knows-what-else, and while the vibe of the album reflects the sheer variety of music one can find over the years, it’s as cohesive as anything Madlib has put out solo so far.

Sound Ancestors drifts along with such ease, even as each song has wholly different vibe and energy than the ones before and after. Madlib’s spent his musical career doing deep-dives into the most obscure sonics one could imagine. Sound Ancestors brings all of his research and devotion into a compact 41-minute experience. One of the many reasons instrumental hip-hop albums are so fascinating is their ability to discard the traditional song and album structure. When you can’t find the distinct lines drawn between songs, an album’s flow and overall quality take on a new importance (still, “Two for 2 – For Dilla”, “Road Of The Lonely Ones”, and “The New Normal” are three major standouts). Madlib and Hebden soothe your brain into a lull in one stretch, only to jolt you to attention on a dime. While each and every one of these tracks deserves accompanying verses, to put them in the background would be an absolute disservice to the intricacies they have.

While Madlib has released standalone projects before, none deserve to be given the title of “album” more than Sound Ancestors. The songs on his past projects seemed like lists at times (a reputation that can be given to nearly every prolific artist), which makes this album an even greater testament to Hebden’s talent. Sound Ancestors isn’t anything new from Madlib, but it only further cements his status as one of the great producers, artists, and minds in hip-hop