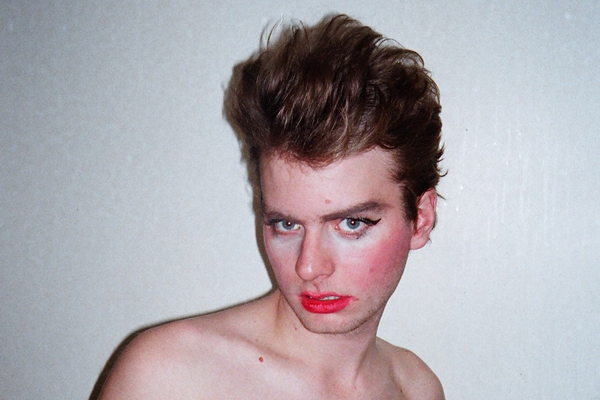 On his first proper full-length, the succinctly titled 2, young singer-songwriter Mac DeMarco seems to choose retro deconstructionists as his reference points rather than actual rock icons.

The album echoes Ariel Pink’s glammed-up, deranged pop savant act and David Lynch’s indescribably warped take on ‘50s radio cool. The instrumental ‘Boe Zaah’ has a downcast strum reminiscent of Nirvana’s profoundly moody covers of Meat Puppets’ bizarre country and folk reinterpretations. This skewing of already distorted songwriting – a sort of refraction of refraction – could be the recipe for an indulgent mess, but what’s most intriguing about 2 is just how lean and restrained it is.

DeMarco’s label, Captured Tracks, is practically defined by its minimalism, from Beach Fossils’ peerlessly buoyant, crystalline guitar leads to Soft Moon’s monochromic, spiraling darkwave. Yet even amongst this catalogue of stark moodiness, 2 stands out for its sparseness.

Perhaps most analogous to the album’s sound is Jonathan Richman’s stripped-down reshaping of rock and roll tropes. Both songwriters possess an uncanny understanding of pop’s foundations, which they tear down and reassemble like children playing with a new set of blocks (see the creepy undercurrents DeMarco draws out of ‘70s soft rock vibes on ‘Robson Girl’ and ‘Annie’).

But while one might imagine the permanently childlike Richman sitting in the classroom’s front row, answering every question, Mac DeMarco is surely the wisecracking but well-meaning burnout sitting in the back, too spaced out to pass his exams but too principled to cheat on them, either. On opener ‘Cookin’ Up Something Good,’ DeMarco immediately casts himself as a black sheep, and throughout the album he returns to the theme of family dynamics as seen from a misfit’s point of view. This narrative thread actually adds an extra strand of oddness to an already deeply strange album (‘Freaking out the Neighborhood’ is almost certainly the first indie rock song to double as both serviceable funk-lite and a wayward son’s apology letter to his mother).

And while this layering of conflicting ideas and ironies is fascinating, 2’s best songs are also the album’s most sincere soulful moments. The doleful yet swooning ‘My Kind of Woman,’ 2’s lead single and clear peak, finds a whole spectrum of grey emotional complexities uncommon to the love song. While much of 2 simultaneously reference multiple eras of pop music, ‘My Kind of Woman’ is closer to timeless melodicism than songwriting that prizes clever postmodernism before tunefulness.

Which gets to the heart of what makes 2 such a compellingly opaque listen. There’s a push-and-pull throughout between DeMarco the melancholic crooner with an ear toward the vintage radio staples, and DeMarco the winking rogue who’s ironically enamoured with classic rock. Previous release Rock and Roll Night Club found his more mischievous impulses winning out, with earnestness intermittently popping up to claim the occasional song. The formula is reversed here, and though DeMarco isn’t making a major departure from the persona(s) he’s been exploring throughout his short recording career, he seems to be on the precipice of discovering a truly immersive sound.

Both ‘My Kind of Woman’ and ‘Dreaming’, a track with a similar balance of bliss and wistfulness, suggest the feeling of tumbling forward into something unknown. They almost seem to exist in a vacuum alongside the likes of Chris Isaak’s ‘Wicked Game‘ or the Byrds’ ‘Eight Miles High‘, enduring songs that we return to repeatedly for their mysterious allure without exactly understanding why. But these highlights don’t really channel the Byrds, Isaak, or anyone else for that matter; instead, they seem to tap into that same difficult-to-pin-down essence that makes such artists so enigmatically appealing. And in an era of indie rock that’s very much about mixing and matching precisely chosen influences, there’s some thrilling about the way Mac DeMarco’s best work sounds like no one but Mac DeMarco.