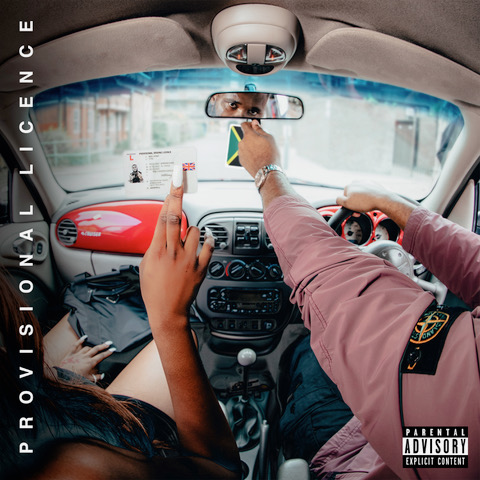 Bringing you the fastest bars in the West (Midlands), Birmingham’s M1llionz proves yet again that London is riding in the passenger seat of this ride.

The 2020-21 era has really seen the renaissance of UK drill with more rappers (and singers) than ever before jumping on the signature erratic hi-hats and moody basslines of the UK’s grittiest genre. It’s hard to believe that in any Top 5 List, M1llionz’s name would not be etched in. Matched by his work rate and originality only by a handful of other young and exciting artists, Provisional Licence sees the Brum rapper remain loyal to the sound that made him. With every track having a unique feel, watermarked by his punctuated barbed bars, the artist is true to his mission statement: "to elevate the sound and make it possible for the genre to transcend all the natural stereotypes".

The tale of Provisional Licence is one that sees M1llionz going on a "likkle adventure" in a nondescript Chrysler PT Cruiser accompanied by his latest squeeze. With snippets of the two’s conversation at the start and ending of tracks listeners can make their own minds up about the moral of this story. In true M1llionz style, the mixtape attempts to fit in as much storyline as possible while never losing his audience. “Mobbin” is one of those tracks you should definitely look out for in the mosh pit.

The mechanics of Provisional Licence are A1, with production from Ghosty, BKay, Jevon and Honeywoodsix amongst other top performers, fuelling this mixtape with the power of UK drill. While track after track can feel like M1llionz is going over the speed limit, there are also tracks that show a different side to him. Smoother standouts like “Provisional Licence” Ft. AJ Tracey, “Jail Brain”, “How Many Times” Ft. Lotto Ash and “Hometown” Ft. Jevon all demonstrate a more ‘R&Drill’ sound from our driver and show how in tune he is with building a comprehensive soundtrack for the road.

As well as the cohesive singles released over the last 8 months (“Badnis”, “How Many Times”, “Bando Spot” and “Regular Bag”), all of the features handle incredibly well, with a stellar back to back on “Air BNB” with rap royalty Headie One. Put simply, M1llionz gets you from A to B in less than 40 all without breaking the law.