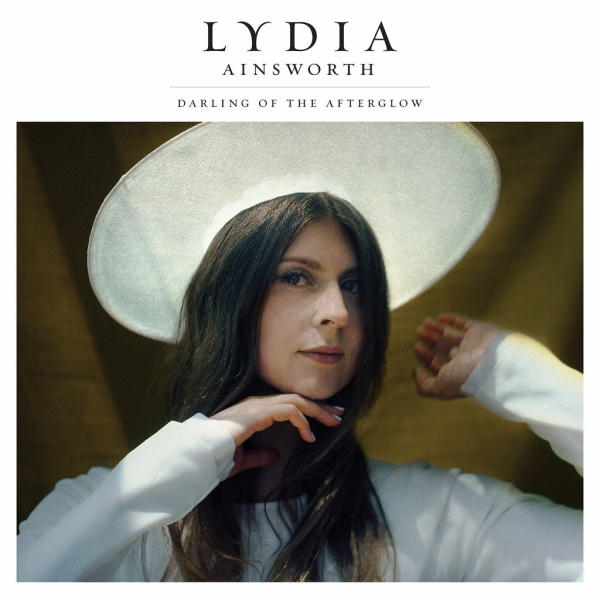 Modern pop owes a lot to Kate Bush. From the quiet mystery of FKA Twigs, to the innovative theatrics of Björk, her influence is a pervasive one.

The spirit of Bush, in particular the experimental Side 2 of Hounds of Love, seems to run through Lydia Ainsworth’s second album, Darling Of The Afterglow. Whether it was an active influence on her part is not clear (though Ainsworth has cited Bush collaborator Peter Gabriel as an influence), but it’s hard not to conjure the image of synapses firing as she listened to The Fifth Wave twist and turn.

Where Lydia Ainsworth’s debut, Right From Real, felt like a gloriously glitchy mash up of Holly Herndon and Julia Holter, here she tilts more towards that avant-pop space; appealingly radio-friendly but with pervading sense of weird.

In Darling Of The Afterglow, the weirdness is measured, like a chef throwing together flavour combinations that don’t sound like they’d work. In her hands, however, everything brushes together beautifully.

The bouncing piano lines and slap bass of “What Is It?” are suffused with banjos and dramatic brass. Meanwhile the unusual Gaelic jig of “Spinning”, bringing to mind a combination of both Bush’s “Under Ice” and “Jig Of Life”, leads into the alt-R&B sounds of the majestically glacial “Into The Blue”.

All this while allowing Ainsworth’s stunning vocals to shine brighter still, whether she’s singing of the loneliness of the open road through multi-tracked harmonies or giving her own heart-wrenching rendition of Chris Isaak’s "Wicked Game" (definitely one to add to your playlist of "Wicked Game" covers).

To say Ainsworth is the closest resemblance to a modern day Kate Bush we have is a big statement (and one Joanna Newsom would probably have something to say about), but Darling Of The Afterglow is a declaration that pop doesn’t have to be normal. It’s a declaration that channels the spirit that "Wuthering Heights" let loose in 1978. Here, it’s clear Ainsworth understands the importance of experimentation, building something familiar yet otherworldly.