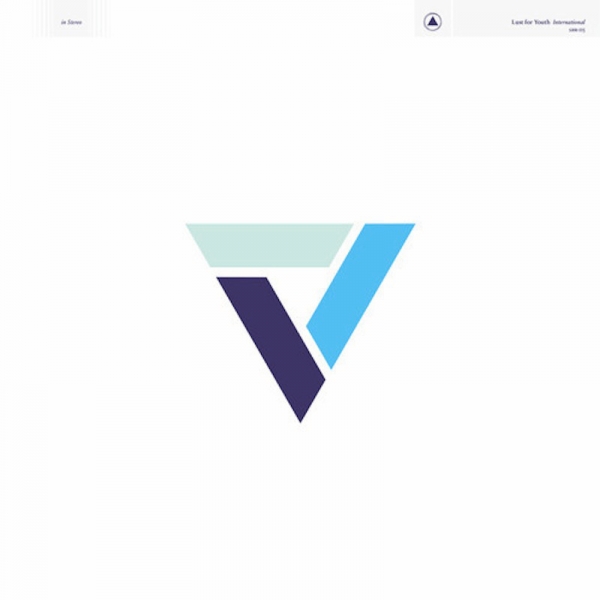 You can feel the warmth as soon as the opening bars of “Epoetin Alfa”, the first song on the fourth album from Lust For Youth, chime in. While “sunny” would be pushing it, International does mark the continuing emergence from the darkness for Hannes Norrvide as he transforms his band from dark and metallic electro to something approaching classic synth-pop.

Once you get your head around the fact that this is indeed the same Lust For Youth that made the murky Growing Seeds, then the marginally cleaner Perfect View ,then you can settle back and enjoy proceedings. There’s always been something fascinating about the way Norrvide has made music for his band; despite the skeletal nature of his first couple of records which were constructed around a couple of atonal synth melodies and Norrvide’s voice that sounded like it was coming from a broken-down radio in another room, it felt like he was reaching out to the listener and attempting a warm embrace…but the more he thought about it the less he liked the idea, and so shrouded his pleadings in this sometimes unwelcoming layer of noise and fuzz. With International, things seem so much cleaner, open and approachable. Whether it’s down to working with two new members, Loke Rahbek and Malthe Fisher, or a simple evolution in sound this Lust For Youth is eminently more lovable.

So on “Epoetin Alfa” we have New Order-esque synth pop that’s enhanced by Elias Bender Rønnenfelt’s (of Iceage) chiming guitar and being able to hear Norrvide accented vocals right up front in the mix, and from that point on the tone is set for the rest of the album. “Illume” is pure Balearic bliss, an summery anthem that wouldn’t sound place on Korallreven’s tropical excursions while “Lungomare”, a track with spoken-word Italian throughout it, is the more laid-back side of the White Island: a primitive and un-showy beat provides a platform for sparkling and dreamy synths. It’s equal parts regret and happy reminiscence and probably the best moment on the record.

There’s also quite the influence from the most well-know of the British synth-pop acts of the 80s; “New Boys” is as startlingly poppy as Lust For Youth are ever likely to sound, even Norrvide sounds like he’s really opening up as he provides his best LFY vocal to date. If this was Pet Shop Boys in their prime, the track would never be away from Top of the Pops. “Armida”, featuring the pure vocals of Soho Rezanejad is equal parts Yazoo and Depeche Mode and has a certain icy beauty to it.

The Lust For Youth of old never quite disappears though; Norrvide pulls away from us on “Ultras” and the morbid clang of “After Touch”, his vocals on the latter devoid of emotion and hidden behind the doom-waltz of keys and guitar. That’s not to say both tracks aren’t good, because they definitely are, it’s just that as soon as we get close to putting an arm round the shoulder of Norrvide he shrugs us coldly off. Yet he comes back to us again on the upbeat “Running”, which shares a lot with the approach fellow Swedes The Embassy has to synth pop - take those 80s influences and apply a very modern club varnish to it, so what you get isn’t something that’s merely in thrall to its influences, but looking steadfastly ahead. The same can be said of the Italo house of closing track “International”: tentatively reaching outward, and forward looking, yet pleasingly familiar.

International is a sign of gradual progression for Lust For Youth; there’s occasional backward looks by Norrvide, but slowly and surely this music is stepping out of the shadows and into the light.