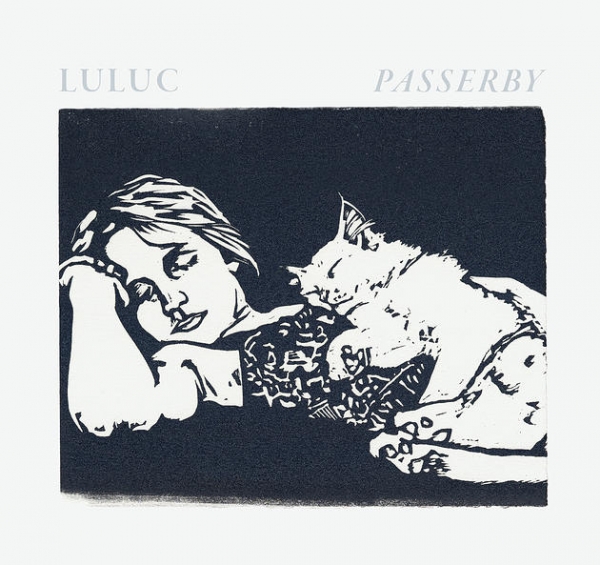 Conjuring discrete fanfare in 2008 with their debut record Dear Hamlyn, Luluc stumped a fair few reviewers, leaving them trapped by the confines of the much-loathed ‘Synonyms’ generator. To be fair to my brothers from another mother, an indie-folk duo on Sub Pop was never going to be a hook-laden, roller coaster ride through adjectiville – but then again, why should it be?

Despite some critic’s impatience, Luluc have been praised by their peers, most saliently by Matt Beringer from The National: “I’ve played Passerby on repeat, for months it was the only album I wanted to listen to.” With a string of notable admirers and producers, Passerby comes with a weight of expectation that is potentially detrimental to its reception and is most certainly unwanted by the artists.

However, Zoë Randell and Steve Hassett make it apparent from the get-go that they are not going to compromise and attempt to expand or clutter their wonderfully organic sound. The harmonies are warm and restrained on
opener ‘Small Window’, a pastoral invitation that thankfully hasn’t been tainted by unnecessary and jarring reverb – a serious pet hate of mine. The no-frills composition may come across as austere initially, but as the mesmerising, arpeggiated sequence loops its way throughout “Without a Face”, my initial reservations are soon silenced.

As cosy as the instrumentation can feel, the album is tinged with not so much sadness, but a sense of regret that becomes acknowledged with age. There’s a traditional feel to the storytelling on title-track “Passerby”, where Randell evokes this melancholia with characters like “Old Mr.Finnigan” and her almost desperate compassion for animals. ‘Reverie on Norfolk Street’ paints another romanticised setting, devoid of anything remotely materialistic, it’s all about the “hidden creeks” and “willow leaves hanging above our heads”.


The effort put into building these familiar and enchanting landscapes is then juxtaposed with confusion and a subsequent commentary from the perspective of hindsight “Lover it wasn’t easy to pretend / even the day you left I was
just there as a friend / No I never dreamed I’d let you go”. Although these tales are emotionally fragile, they are without doubt some of the most powerful and captivating on the album. Swelling strings and the gradual layering of parts offset the bleak and desolate tones on the closing track, “Star”. Sonically it has a sense of finality that brings proceedings to a gentle and contemplative end.

Passerby is brimming with sentiment; the antithesis of pro-active, heart-on-the-sleeve gusto, this is a passive reflection of experiences and their effects “I can see so much/ much more than before”. Luluc don’t offer conventional pay-offs in the form of big choruses or crass and cheap refrains, their art is painfully pure and as a result incredibly rewarding for those who it touches. This quaint duo has created a bold and unapologetic record that stands out as the best of its kind for quite some time.