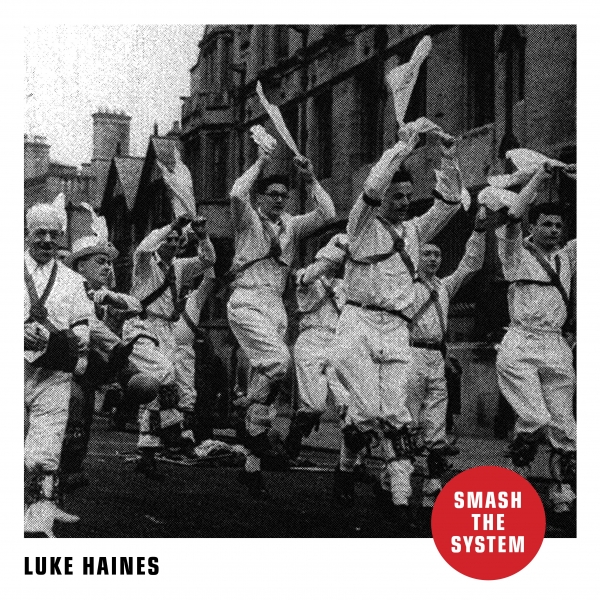 The advance word on Smash the System is that it’s Luke Haines’ first non-concept album in over half a decade. Because this is Luke Haines, the veracity of that appraisal depends on how exactly you define ‘not a concept album’.

There are more plot details in the first minute of Smash the System than have been strung across some entire double albums. “Ulrike Meinhof’s brain is missing / Organic matter on the run / There’s a hullabaloo / In the Stasi HQ / Jürgen, Jürgen, call the surgeon…” certainly sounds like a rich premise. “Ulrike Meinhof’s Brain Is Missing” winks at Haines’ 1996 Baader Meinhof album (re-released not so long ago), but doesn’t lead to a hallucinatory sequel. It is but one of a dozen sinister pop snow globes that are something of Haines’ specialty.

A cornucopia of pop culture references may not qualify as a concept, but it’s certainly a connecting thread. “Marc Bolan Blues” is a light hearted heavy breathing tribute to the aphrodisiacal powers of T. Rex. “The Incredible String Band” is a (relatively) sentimental recollection of the psych folk trailblazers in all their quirkiness that doffs its cap with a kazoo solo. Those songs aren’t just about those bands, they sound like them as well. Smash the System regularly mines that era for its melodies, but the mechanized percussion, which on tracks like “Bruce Lee, Roman Polanski and Me” finds Haines still in British Nuclear Bunkers mode, gives the record a claustrophobic edginess.

Calling out icons from Vince Taylor to the Monkees, The Velvet Underground and Sid and Nancy, Haines gazes fondly upon bygone generations of rock ‘n’ roll with an archly raised eyebrow. The droll nostalgia doesn’t end with music. “Cosmic Man” rattles off a number of big names from comedy history like Tommy Cooper and Last of the Summer Wine character Nora Batty, warning that “I’ve got Billy Connolly’s jokes from the 1970s/I got Jim Davidson’s casual misogyny”. Hollywood figures of yore are similarly unsafe.

Is the celebrity system that produced all these relics the one that should be smashed, or is the very notion of ‘smashing the system’ another piece of the vintage puzzle? Smash the System isn’t too forthcoming with answers, but it is a fully engaged conversation with pop’s past and present.