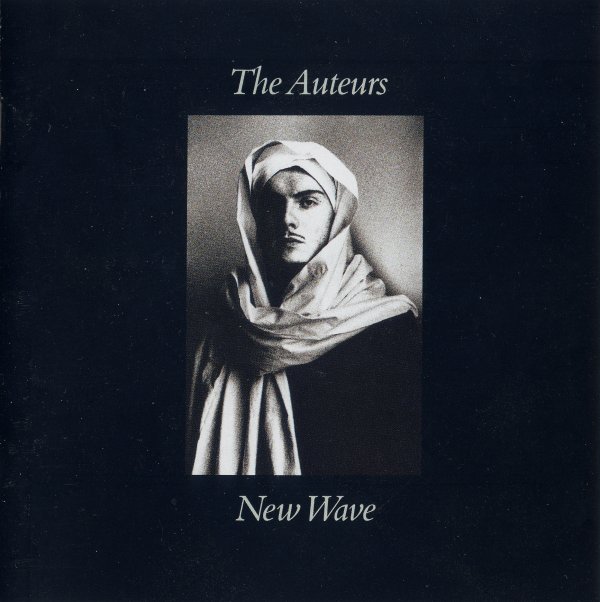 “Would someone give me a gun? Oh, well it’s for my brother…”

For a band who reveled in low-rent glamour, the lyrics to Suede’s debut single seemed to be something of a cop-out; it had a killer tune, sure, but also boasted the kind of meaningless posturing and vague shock value/homoerotic subtext (“We kissed in his room to a popular tune”) that smacked of a band searching for controversy.

Luke Haines, on the other hand, never faked it like that. In the early nineties, he was nothing if not an aspirational songwriter – hell, there are enough references to “stars” across the first Auteurs album to make up a small galaxy – but he always had an eye on the mundane, so his lyrics (even the ones about petty burglary and disgruntled valets) always rang true. And when they didn’t, you barely noticed for the witty turns of phrase or sugar-coated melodies.

The Auteurs’ debut, 1992’s New Wave, unveiled Haines as a fully-formed songwriter, aesthetic and personality completely in tact. Although its cello-laden chamber-pop leanings don’t quite match the bite of its lyrics, it posits itself as a how-to guide for success which, for a man whose career had only just begun in earnest, demonstrates just how ballsy Haines could be. Quite literally preoccupied with a sense of entitlement, it judders between sage advice for up-and-comers (“Lenny Bruce never walked in a dead man’s shoes”) and derisive been-there-done-that sneers that take cynical observations to hyper-exaggerated conclusions: “This party,” Haines warns on “Bailed Out”, “will start to drag you down, slap your face and pull your hair.”

There’s some understated swagger to tracks like “How Can I Be Wrong” and “Don’t Trust the Stars”, while the glockenspiel-sprinkled charm of “Starstruck” remains one of his most uncharacteristically pretty moments. And when the relentless distortion “American Guitars” judders to its pathos-and-feedback-laden second verse – “I gave up drugging when you spiked my gin, I stopped freeloading when I could not get in” – Haines turns Nostradamus, practically predicting the post-Be Here Now comedown for a generation of chancers. New Wave is everything the nineties UK indie scene could have been, if only it wasn’t afraid of intelligence and failure.

The bonus cuts here are, while not essential, pretty enlightening for any fan; the scrappy BBC session version of an embryonic “New French Girlfriend’”(found on 1994’s Now I’m a Cowboy) is as charming as the finished album version is darkly sardonic. A live acoustic version of “Home Again” out-sinisters the album version tenfold, as Haines huffs and puffs his way through his victim’s house, practically screaming that the experience is “better than drugs.” Rounding out the set are the previously-unreleased 4-track home recordings which got Haines signed to Hut; the biggest surprise is just how much these six songs make good on Haines’s claim in his memoirs that the sessions for New Wave simply involved recreating the demos in a real studio with a real budget. 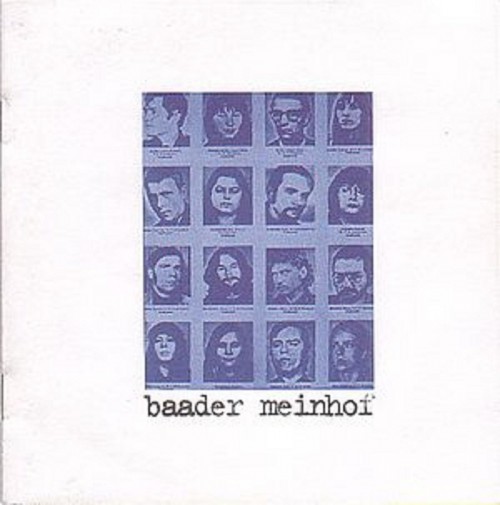 Fast forward four years, and Luke Haines’s mind was no longer on the stars. He’d been chewed up and spat out by what became Br*tpop, lost out on the Mercury Music Prize by one vote to (who else?) Suede, and purposefully broke his legs in order to get out of a tour. No happy bunny, he did what any self-respecting conceptually-minded artist would do in such a situation – record an entire album about a group of German terrorists.

No record released at the end of the twentieth century quite sounds like Baader Meinhof. If Stereolab took a cut-and-paste approach to genre, Haines as Baader Meinhof simply runs down a supermarket aisle with both arms outstretched knocking anything he sees off the shelves and into his trolley. Starkly funky clavichord riffs mix with stomping seventies bovver-boy percussion and middle Eastern strings – and that’s just track one. Once again running with a theme years before it becomes zeitgeist, the jumping-off point of the Red Army Faction spins out from specific references (“Rudi says we’ve got to get wise, and we’ve got to get armed”) to insights into the minds of the perpetrators themselves. “I was lying in the back seat of the car, thinking this time we’ve gone too far,” he rasps on the album’s best song “There’s Gonna Be an Accident”, a rare moment of economy which manages to cram a lifetime’s regret into two simple lines.

No matter how catchy the music, an album like this was always going to be a hard sell and, given that it came out the same year as his other masterpiece After Murder Park, Baader Meinhof fell by the wayside. Hopefully, these two reissues will make a start on redressing the balance, and do what they can to secure Luke Haines’s place as one of Britain’s greatest songwriters, and The Auteurs as one of the nineties’ best bands.