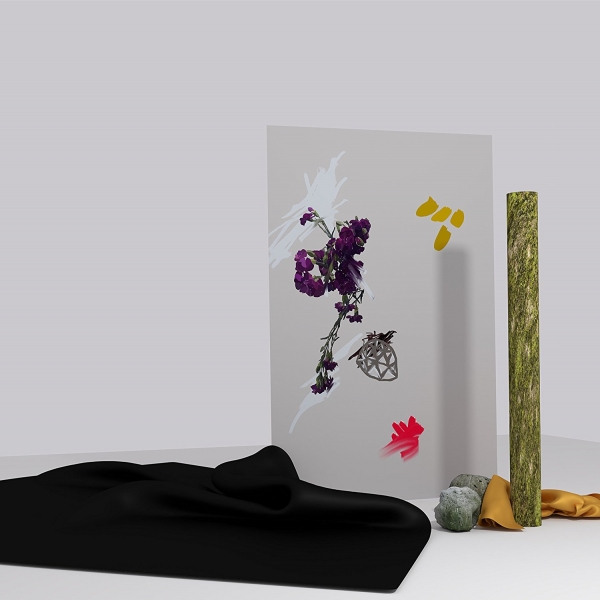 It’s often not until album two or three that a band discovers their true voice, but with Heba, Lowly have found a unique aesthetic at the first time of asking.

The Danish five-piece introduced themselves with the blissfully anthemic “Daydreamers” and followed it up in 2015 with the Sink Way Into Me EP. The latter’s lead track “Fire”, like “Daydreamers”, was a kinetic rush of energy married to a vividly panoramic arrangement and while both songs showed tremendous potential, neither are included here.

The reason for that is simple; Heba’s eleven songs are, amazingly, a giant leap forward. They retain the widescreen approach of their earlier music but the key refinement is that the songs are gloriously controlled, even when they feature more ideas than many bands cover across an entire album.

With the opening “Still Life” their manifesto is writ large, it's immersive, emotional music. Starting with elegant strings, Nanna Schannong and Soffie Viemose’s vocals drift in and coalesce beautifully - their singing is both in your ear intimate and expansive - accompanied by Steffen Lundtoft’s wonderfully staccato drumming, as Kasper Staub's keyboards and Thomas Lund's bass pick out all sorts of delicate, seemingly unconnected melodies. Sampled spoken voices and ghostly incantations from soprano Anna Maria Wierød add to the size of the song, but subtlety so. In other hands it could have sounded cluttered, yet it’s anything but, "Still Life" is a thrilling blend of layering and sparseness. And that’s just the first song.

On initial listens to Heba you marvel at Lowly’s collective adventures in sound; they move across orchestral scores, spacey guitars, cacophonous drums and hushed lullabies, often in the same song. Yet repeated spins reveal that in addition to their ability to create a unique musical atmosphere there’s a striking songwriting ethic at play. All five of them collaborate across the songs in songwriting teams that are fluid – some are written individually, others collaboratively with different members involved.

As a result the songs don't follow a template or formula. “Stubborn Day” starts as a model of restraint before morphing into a delirious space pop, as the keyboards usher in a completely different melody that’s ramped up by double-tracked guitars, the maelstrom of “Prepare the Lake” fuses atmospheric guitars and synths with propulsive drums and supremely composed vocals. Yet even when they dial the tempo down, as on the sparse “Pommerate”, which has a dreamlike, nursery-rhyme feel, regardless of the arrangement, the songs sound unmistakeably like the same band, a testament to the collective cohesion of their writing.

The lyrics are wilfully opaque at points, Lowly state that it’s up to the listener to make their own interpretations, yet there’s a universality to be found within them. “Deer Eyes” has a chorus that manages to be simultaneously joyous and melancholy, its melody is irresistibly uplifting, the build of the instruments lend it an ecstasy, yet the line “Have you ever felt so lonely that you could map it on your body?” is a killer, possessing a similar pathos to The Smiths’ “There is a Light That Never Goes Out.”

On a record of endless highlights “No Hands” is perhaps the standout. Again, Schannong and Viemose’s voices interweave delightfully, over what sounds like snatches of Morse Code and touches of saxophone, building slowly and gently to the chorus, which doesn’t arrive until three minutes in. Its simple but heart-breaking line “I’ve got no hands to prove you wrong” is refrained four times, a moving and emotional lending to a lovely song.

The best albums create their own distinctive worlds that invite the listener to be part of them and Heba is no different. Lowly frequently sound like they’re playing eighteen different songs at the same time, but they manage to fuse them into a seamless whole. That’s why it's a remarkable debut, it doesn’t sound like anyone else, it sounds like Lowly, who on Heba are a band completely on top of their own game.