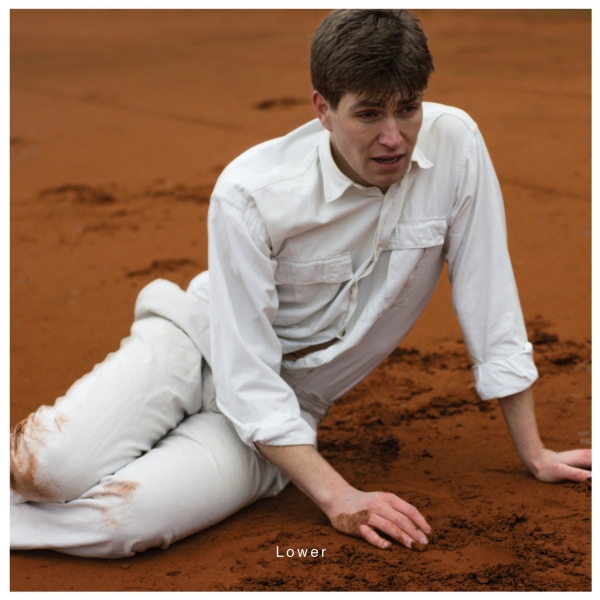 Seek Warmer Climes, the new album from Danish quartet Lower, just might get its title from the chilly surfaces of the music itself. A fraught, anxious, icy forty minutes of post-punk, the record, despite regular bursts of kinetic energy and nervy boiling-points, nevertheless has the frost-rimed remove of Joy Division or Wire. The album’s ten songs are almost constantly in motion, but there is nevertheless a slow-phasing quality to Seek Warmer Climes, like time-lapse photography. One imagines a plunging thermometer when they hear the album’s steely, tangled guitars, the warehouse echo of singer Adrian Toubro’s biting tenor, the general fogged-breath that surrounds the album like a winter cloud.

Album opener “Another Life” begins with the churn of grumbled bass and reverb-washed guitars, all curled around a thump of rolling toms. Eventually Adrian Toubro enters the song’s turbulent art-punk swirl, his expressive melody arrayed in call and response with the kind of needling guitar one might associate with the less monolithic moments of Dead Kennedy’s Plastic Surgery Disasters – a comparison that proves more or less appropriate for much of the snarling Seek Warmer Climes (at one point Toubro punctuates a break with a yelped “Yah, Yah!” – precisely the kind of ad lib that Jello Biafra might deliver, soaked in irony). The song is a compact, likable dispatch of a certain sort of punk aesthetic one doesn’t hear much of anymore, as is the brittle “Dart Persuasion,” which pairs a surprisingly lofty, extroverted melody to a turning wash of guitars.

Indeed, those moments where Lower is able to pair the acerbic exteriors of an especially thorny brand of left-field punk rock to broader gestures and sweeter melodies provide the chief highlights of Seek Warmer Climes. While much of “Unkempt, Uncaring” is shouted like a combustible bit of spoken word, the spare bits of melody that do leak in reach upward dramatically, giving the song a dramatic quality that proves more interesting than much of the album’s more terrestrial moods. Elsewhere, Toubro’s expressive, elastic voice recalls the sneering theatrical flare of Wire’s Colin Newman, and in fact, the record, at its most loose-limbed, carries that sort of post-modernist dynamism, evincing a taste for turning the steel-y surfaces of post-punk into a coiled-up Slinky to be push down a flight of stairs, with attention to how it bounces.

“Lost Weight, Perfect Skin” boasts a compelling two-note guitar riff, the kind of minimalist figure that post-hardcore giants like Rites Of Spring or Jawbox might have made a meal of, but the song’s main rhythms are murky and stiff. Indeed, like so many of the post-punk bands that Lower seem to have metabolized, the Copenhagen-based quartet seem to have a bit of trouble with any rhythm that swings too far outside of the grinding swirl of The Fall or Joy Division, often falling into a kind of stiff, 4/4 literalism. Thus while a song like “Expanding Horizons (Dar es Salaam)” gains a lot from its ghostly, open surfaces and its uncanny shimmering noises, it also can’t help but feel plodding as it rumbles atop a dinosaur stomp of a beat. This means that the more adventurous structure of “Craver”—which variably swings, lopes, sprints, and pummels—comes as a relief, a bit of rhythmic color on a record that can sometimes feel as monochromatic as a photocopied show flyer.

“Arrows” closes the album with an ominous climbing vine of a riff before bursting into a bristling punk march. Like the majority of the album for which it serves as a denouement, the song is content to lock into a shape and motion and stay put, tasking craggy sheets of guitars and toothy melodies to provide dynamics. Then the song just sort of ends, dissonance guitars just sort of trickling away like a melting icicle, sharpness phasing into a shapeless pool. Ultimately, Seek Warmer Climes subsists on mood and atmosphere, seemingly hoping that the listener will too. At its best, it’s an engagingly stylish record, an agreeably abstract work of oblique angles and wintery spaces.