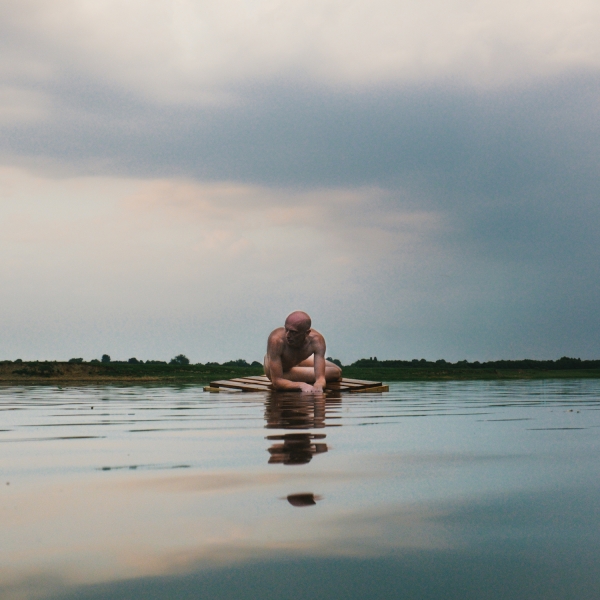 Oxford art pop quartet Low Island has been steadily building momentum on the back of some truly impressive singles over the years, fusing together icy shades of electronic art pop, warm tones of indie rock, and avant-garde experimentalism.

However, even with the high expectations the singles have built, the band fully delivers on expectations with their debut album, If You Could Have It All Again - a record that turns between pristine atmospherics, driving dancefloor-fillers, and arena-ready rock heights.

The band explored these veering tendencies in previous EPs, but their debut represents the best encapsulation of their styles, melding them together with a rich dynamic range. Opener “Hey man,” starts on a soft touch, not unlike the floating pillowy electronics of Caribou’s latest work. A minimal repeated synth note is gently joined by scattered drum fills and thick chords, setting a rising tension that explodes in the final moments. That expansive sound carries into “What Do You Stand For” as the band runs through a brilliantly addictive new wave track, as well as the dramatic stomping arena rock of “I Do It For You.”

Elsewhere, they embark on an eploration of dance rhythms via the propulsive grooves of “Don’t Let The Light In” or the LCD Soundsystem-esque “Who’s Having The Greatest Time?” Meanwhile, tracks like “In Your Arms” and “Momentary” transform from gossamer electronic showcases into glittering symphonies of overlapping melody. The band’s ability to bring these disparate moods and styles together is one of the primary strengths of the album, even when it results in a more scattershot approach to genre. Fortunately, it is all united by the band’s DIY production touches. Recorded and produced by the band in their makeshift French studio, the record’s detailed production brings a textured minimalism to the nocturnal moments and breathes vital energy into its frenetic heights.

Yet, even at the record’s most rousing, the band’s emotional core remains reflective. As frontman Carlos Posada describes, the record is the product of "ten years of trying to make things work in music, but also in life." In the twelve tracks the band rolls together all of the setbacks, false starts, and failed hopes this period entailed, taking the band down insular lines of questioning. Posada interrogates himself, asking “Who are you? And what do you stand for?,” later lamenting “When will I feel young again?”

Ultimately though, the band bookends the record not in existentialism but in hope. The minimal bass tones of “What the Hell (are you going to do now?)” envision a life of simplicity and quiet with Posada coyly singing “I want weekend walks and pillow talk/I want a lover’s touch and a nervous heart/I want morning routines and shopping carts.” “Hey man,” similarly looks to the future with an address to the audience (or to Posada himself): “Hey man/Don’t give in / Because there’s so much living / So much living left to do / Hold on, hold on my friend.”

Certainly, the future is equally bright for Low Island themselves. If You Could Have It All Again carves new paths forward for the band, following their creative whims down winding roads, while crafting a record that’s all the more rewarding for it.