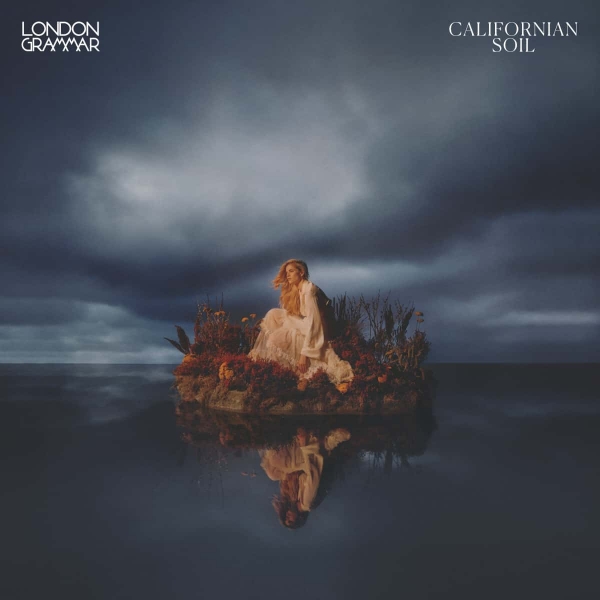 Breakthrough success beckoned for London Grammar with 2013 debut If You Wait, earning the trio ubiquity and numerous accolades. The Ivor Novello-winning material saw them at the height of their chart-scaling alt-pop power, sparking a stream of imitators in their wake.

Hannah Reid’s crisp notes have continued to serve a critical function in the band’s finely balanced symphonic sound, a gravitas to their songwriting that for the last eight years has proved a sporadic yet consistently tight force. A nudging departure from the grandiose continuity of Truth Is a Beautiful Thing, Californian Soil is indicative of the band incrementally tweaking their immaculate heart-rending aesthetic, an impulse they indulged on the former but certifiably embrace with their latest.

Operatic vocal swoons pivot through the title track, a string section reaching to the opulence of previous records, yet a newfound freedom shakes up proceedings serving as a clear reminder of the outfit’s immeasurable talent as a unit. A feel-good sensibility is evoked via the gleeful all-out synth-pop patina of “How Does It Feel” and equally exuberant “Baby It’s You”, unveiling a fresh facet to a band that have built a reputation for sonorous torch songs.

For the most part this approach remains at the bedrock of their third album; “Missing” treading turf sure to satisfy longstanding fans in its piano-pierced balladry, “Lose Your Head” further adhering to the defining emotive tremors of their pre-existing back-catalogue. Even in such instances, Reid alongside drummer/keyboardist Dot Major and guitarist Dan Rothman inject a fresh cadence, accents around the periphery that upend any notion of the band as one-trick ponies.

An urge to launch beyond a staid path appears at its most pronounced via the blues-leaning, guitar twang-torn rusticity of tracks such as “All My Love”, an example of the outfit at their most divergent, despite avoiding a true sea-change in direction. Album closer “America” enters an arid atmosphere scored with the unerring elegance Reid wraps around each song, while bearing a subtle leeway peppered throughout the remaining eleven tracks. Californian Soil is London Grammar in an act of gradual evolution, signs hinted at on their sophomore outing but blossoming to a greater extent here; retaining an ability to innovate within the parameters of their synonymously plush electronic soul.