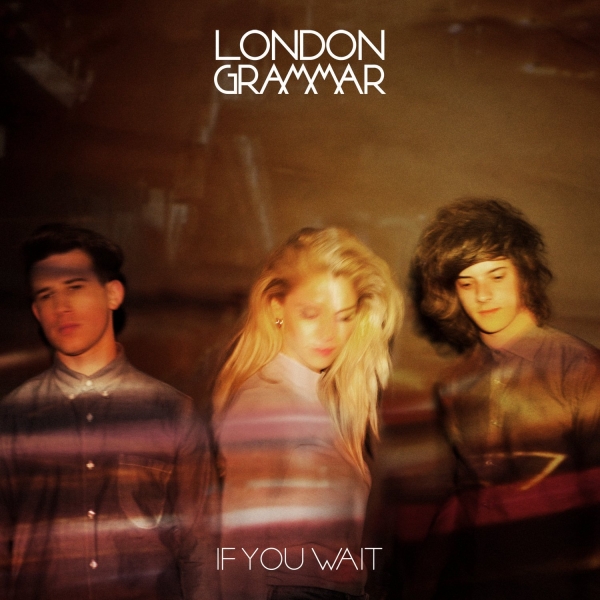 Making the transition from being toast of the blogs to the Radio 1 A List in a year would be a fairly stratospheric trip, but it’s one that London Grammar have managed in just the nine months, since ‘Hey Now’ first made the internet a fraction larger last December.

Yet unlike many who’ve made that journey before, London Grammar’s sound is still, at heart, outsider music. Granted, there’s nothing obtuse about the cluster of hooks that smother this, their debut album, but they’re hooks go some way to providing an outlet for the disquiet and anxiety at the core of If You Wait. “I live and breathe under the moon,” vocalist Hannah Reid assures us on ‘Stay Awake’, and as her imposing voice threatens to envelop most of your immediate surroundings, you’re not inclined to disagree with her; this is an album written from the shadows.

As was strongly suggested by previous singles ‘Hey Now’ and ‘Wasting My Young Years’, it’s Reid’s voice that is the obvious defining feature of most of the album; it’s one of those malleable voices powerful enough to make you feel alone, desperate, terrified, and then ecstatic, with nothing but the suggestion of her tones. It’s something of a contrast from the understated production and guitar wanderings provided by her two counterparts Dot Major (production) and Dan Rothman (guitar), and in many ways it’s that massive chasm between the straightforward and the sophisticated that make London Grammar sound so distinctly like them.

It’s true that the approach isn’t foolproof, but it’s a pretty solid starting point that gives birth to some spectacular moments. ‘Hey Now’ is still as disarmingly beautiful as it was when we first encountered it; ambling towards nothing in particular, before punching you deep in the gut with the introduction of Reid’s husky vocal. ‘Strong’, which unsurprisingly happens to be the next single, is similarly emotion shredding, powered along by Reid’s disconsolate vocal which erupts into a moment of pure catharsis.

But there’s only so far that can get you, and by the end of If You Wait, there’s a nagging feeling that they’ve stretched the formula too far. There’s no doubting that there’s a weight of emotion poured into ‘Interlude’, but it remains little more than just that; a fairly pedestrian interjection to an album by now struggling for other ideas. It does, however, prove that although it is Reid’s voice that is always dominating proceedings, it is in fact the shy guitars and subtle production that make London Grammar interesting; strip them away and they have nothing but a big voice.

The same might be said of ‘If You Wait’, which perhaps intends to round things off with the raw sentiment of Reid’s voice backed by not much more than some portentous string gestures, but it feels far too close to Adele’s patch to get under the skin. But that’s not to take anything away from what is an often stunning and deeply affecting debut album from a band who it seems have already managed to carve out their own hook-laden niche of that gently inventive marriage between massive melodies and faint, ethereal electronica; let’s just hope that they manage to make that niche a tiny bit larger next time they enter the studio.