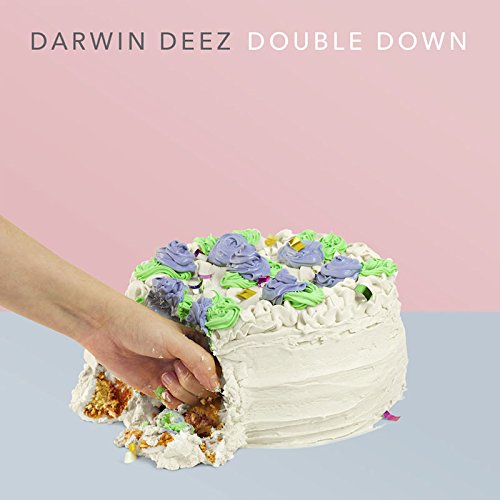 Addiction, movies and magic tricks are just some of the domestic metaphors that Jack-of-all-trades Darwin Smith uses to produce a series of domestic and anecdotal examples to demonstrate that our feelings towards objects mirror those of romantic relationships.

Speaking to the man himself in July, he told us that his third album is about encouraging people to “feel their feelings”. Double Down hosts a spectrum of amorous perspectives from irritation (see “Kill Your Attitude”) to the simply sweet, “Melange Mining Co.”

Opener “Last Cigarette” conflates the addiction of nicotine and love to the extent it could refer to either, or both, simultaneously. Continuing the habit is too painful, yet the lyrics (“one last cigarette before I quit”) keep drawing him in to the toxic, yet strangely satisfying masochism for more of the same.

The record has an increasingly bluesy guitar flare. Knopfler may be requesting royalties as some of the little riffs are delightfully Dire. Tracks seven to eleven especially create an atmosphere held together by this distinctive twang. “Right When It Rains” and “The Other Side” twin satisfyingly to close the piece as the pastoral dreams of Somerset in summer fade to nights of stargazing.

Self-mastering some of the tracks was a practical as well as a creative choice for the Brooklyn front man. Rather than farm the job out to a professional outsider, he prefers that “if it’s flawed, it’s flawed in such as a way as to represent where I am in my life.” “It’s got my fingerprint on it... I’ll always have that as an artefact.”

By doing this his output is becoming increasingly self-reflexive of his sound, his motivation and his vision – it unifies his music, making it stronger and Deezier.