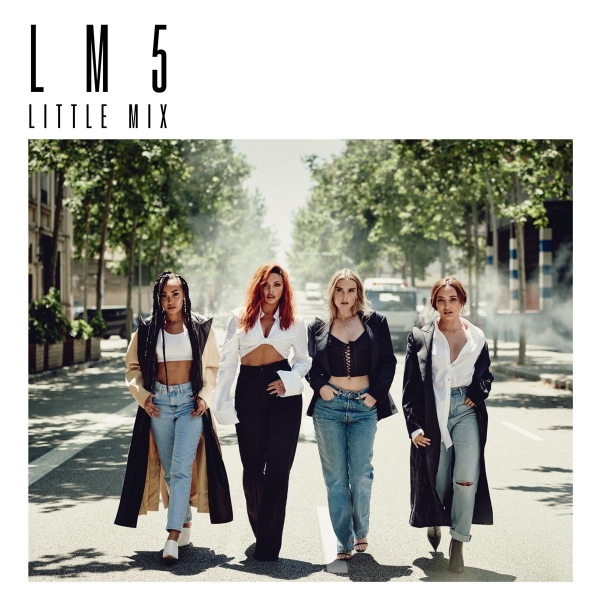 Of all the boy bands and girl groups to enter the spotlight on this side of the millennium, few have reached the levels of success seen by Little Mix.

The group have made a name for themselves as assertive, talented young women, whose music and activism are closely intertwined and driven by their connection to their fanbase - a devotion that extends far beyond lip service at award shows.

It’s not surprising then that LM5 sees them doubling down on what’s defined them as an act over the course of their career. LM5 is an album about feminism - going beyond rallying cries of solidarity to also examine insecurities, mistakes, and the importance of embracing these perceived weaknesses as openly as one’s strengths. Still, it stands apart from their previous albums in its boldness and precision – tackling these topics head-on and in explicit terms. “Strip” and “Wasabi” offer commentary on everything from sexuality to slut-shaming while delivering the same undeniable head-rush that many of their past recordings offered. “Told You So” offers a touching look into the dynamic between the group’s members, while the brilliant, Sisqó-sampling “Love a Girl Right” channels the same protectiveness displayed in the former to fire a warning shot at unfaithful partners.

Little Mix’s candidness throughout is admirable, even thrilling in its bravery. For all the praise that their outspokenness has brought them, so has it resulted in (even more) misogyny directed at them. “The Cure” is a tremendous, emotional closer that looks back on the trials that led to today’s growth, but it may be the authoritative “Joan of Arc” that captures Little Mix in 2018 the best – in which a male voice chimes in to taunt them with “Oh, you on that feminist tip?” and the group yells back, united and undeterred, “Hell yeah I am!”