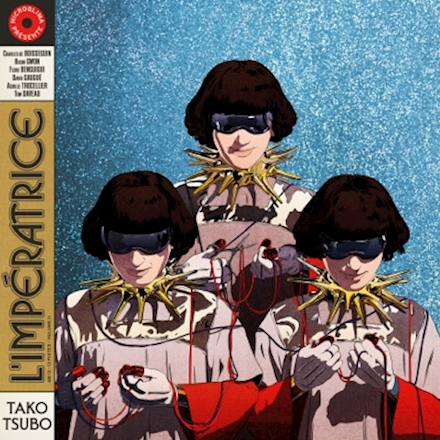 Full disclosure: L’Impératrice are French. That may come as no surprise, but it’s not just in the name or the lilting lyrics. Their brand of smooth house-cum-funk is so linked to those Gallic lands that many of the numerous monikers used to describe it come stamped with a ‘Made In’; French house; French touch; French boogie; all referencing the enduring popularity of staccato guitars and 4/4 kicks across the channel, even as they were considered passé elsewhere.

By the time the Nu-Disco movement arrived, the French had arthritis in their clicking finger. Although in this case the most apt of the subgenres befitting L’Impératrice might be Filter House, a testament to the layers of effects and a lounge-funk that came to define them. An effortless retro-cool - unironically pulling off a moustache and Hawaiian shirt. “Gauche couture”, perhaps.

Well, no more. They haven’t exactly left their roots behind, but mastering by Mike Bozzi (Ice Cube, Snoop Dogg, Kendrick Lamar) and mixing by Neal Pogue (Outkast, Tyler the Creator) has left its mark.

From the outset, on opener "Anomalie Bleue", there’s a shift in focus, one towards the weighty and the hip-hop. The 808 kick booms and snare whip-cracks over soaring G-funk synths, helping move the band away from pleasant pastiche towards their own concoction.

It’s those touches that give "L’équiibriste" the feeling of an R&B summer jam, singalong hook and all: like Aaliyah doing chanson, coming built on those distinctly French foundations: a more focused expression of their sound.

With all the best funk tracks, what's missing is just as important as what's present, and “Fou” is the perfect expression of this. Compared to previous L’Impératrice material, it could almost be considered acoustic - it’s nowhere near of course, but the relative lack of effects, stripped back arrangement, focus on the groove, and the interplay between instruments is what makes it so effective.

It's within these spaces that the band’s personality shines through. Live strings and instrumental flourishes liven up any track, while dynamic changes and playful approach to production often do the same: you know you’re being kept on your toes when the band turns from Lana Del Rey into George Clinton in the blink of an eye on “Digital Sunset”.

And as Tako Tsubo finishes, following a full blown ballad, you’re left with the sensation that this is a representation not just of the band’s musical tastes, but the band as an entity. A band with the confidence to step out naked.