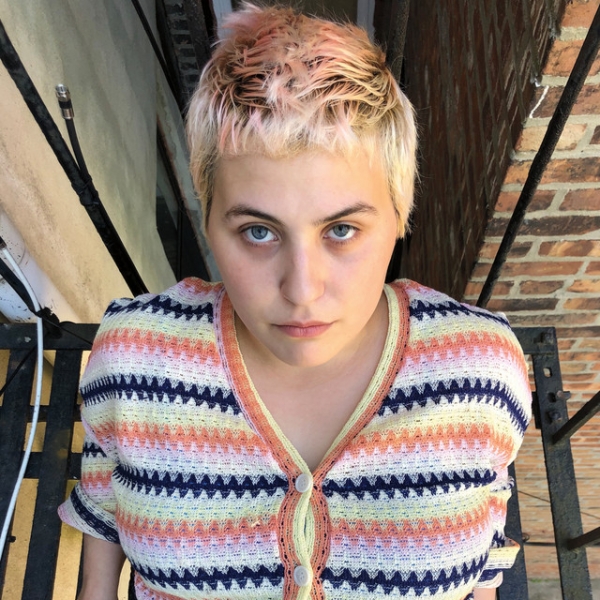 From time to time, pop music spawns something you can be proud of. Something whose intrinsic value reaches beyond the “guilty pleasure” status. Lily Konigsberg knows, and it is probably high time we talked about her.

Think of an album which has been written while the artist’s life was going through a hard time? Check: you can count them by the dozen - but how many such records can sound so happily melancholic? The Killers’ “Mr. Brightside” or The Smiths’ “Bigmouth Strikes Again” have managed to delve into both worlds at the same time, while Konigsberg has carved gloom onto a balloon on Lily We Need To Talk Now - and it takes a special kind of sensitivity and refinement to do just that.

Take “Sweat Forever”, the first single off the album, where the reassuring strumming of an acoustic guitar and the soft touch of a bass take the listener to a 90s’ feel; one inhabited by The Cardigans and the Goo Goo Dolls. “Look at me, is this what you wanted? / I'm right here, is this what you wanted? / Cross on my arm, I did it with a kitchen knife / Meant no harm, I only wanted something different”. The way these words lay out on the synth is almost cathartic, densely pure, and loosely therapeutic.

Lily Konigsberg has spent 2021 being busy - releasing a compilation of past recordings The Best of Lily Konigsberg Right Now, an album with lovely noise punks Palberta, and an EP with Nate Amos (of Water From Your Eyes fame) in which they delve further into pop and indie music. What strikes the listener is the easiness with which Konigsberg picks and chooses the various elements of pop she wants to play with. For instance, the experimentally noisy side of things is dealt with in “Bad Boy”, while a funkier stride can be found in “Alone” - but don’t let a reviewer spewing out genres with such ease fool you. The songwriting on this album is so fluid (in a pre-1995 kind of way) that every single change of direction appears natural and organic.

As for the melody, Konigsberg’s voice alone is the hook on each and every song. This is a record which mainly focuses on separation (“This album is clearly about breaking up with somebody that I love. But in all of my music, there’s humour. I don’t take myself too seriously”, she said a few weeks ago) and every song seems to work towards a partition, an emotional canyon these tunes will never be able to fill. No matter how good or bad they are.

What doesn’t work? Absolutely nothing. As someone who has lost touch with pop, I surprisingly found that it shakes the listener, it puts them in an awkward place somewhere between the fragile maturity of a talented 20-something and the unbalanced pop aesthetics of an artist in the making. Neither bad, nor excellent, this is an album which sounds like a promise. Time will tell if she will keep it, write it, or play it one day.