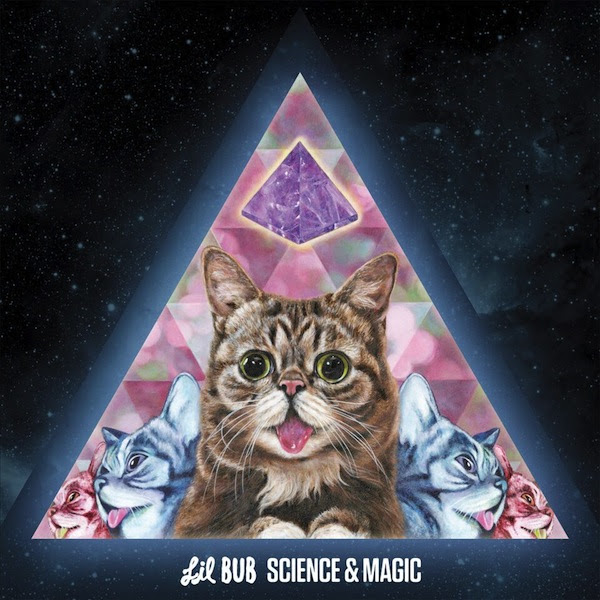 What has your cat achieved this year? Did she finally learn how to use the litter tray without flicking piss-soaked pellets all over the kitchen floor? Did he finally lick his groin so much that he’s groomed some sort of designer bald patch round his private parts? Or did they just sit around doing naff all like they always do?

If you’ve never heard of Lil BUB before, you’ve either never heard of the internet before, or you're a cold, hard, cruel person who doesn’t know whats good for them. Widely regarded as the cutest cat on the web, she was apparently sent from space on an intergalactic mission to help the people and animals of earth with her magic, talents, and otherworldly wisdom. She pokes out her little tongue, makes funny noises and garners a lot of love from her many fans.

So once you’ve reached 2.4m fans on Facebook, been the subject of a documentary by Vice, and met Robert de Niro, where do you go from there? You make a killer record of retro-electo which is also - and I quote the venerable Andrew W.K. here - “a soundtrack to the universe itself”.

Science & Magic is Lil BUB’s debut album and, whilst we’re assured that this is "not a cheap gimmick", released just in time for Christmas (or as it will be known from now on, Intergalactic Lil BUB Appreciation Day). If this seems confusing to you, then please don’t show your face round these parts again. You’re not welcome.

If this album was written and performed by humans I would say that, at best, it's a gratifying listen of retro arcade game inspired electronic music and, at worst, a whimsical yet unremarkable collection of instrumentals. Good fun, yet a little inconsequential.

But Science & Magic was not written or performed by humans, but by a cat. A goddam space-cat! So, therefore, I declare that this piece of art is unrivalled by anything accomplished by any organism throughout the entire history of time. Or at least since Congo the chimp moved from abstract-impressionism into stuffy formal portraiture. Sell-out.