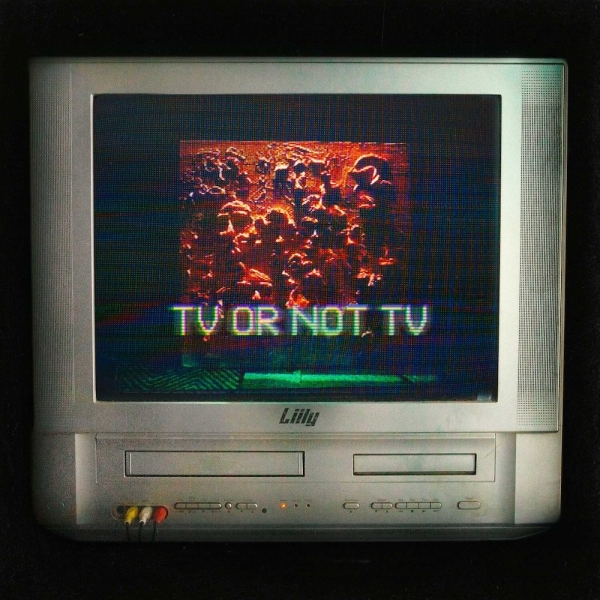 If the last couple of years are marked by anything it’s the effervescence around the English post punk revival scene (Black Country New Road, Squid, Black Midi et al). It would be regrettable to miss the energetic and versatile Californian quartet Liily, who offers us a particularly irresistible first album. After an early success, notably thanks to their single “Toro“ (2018), the Californians then established their reputation via dizzying live performances.

However, like most young people of this age, Liily have challenged themselves by instinctively following their own personalities, looking for their own way to blossom. Now more mature, TV or Not TV was born through a collective evolution process. Fixed on their objective and pushed by an adventurous ardor, Liily redoubled their efforts to establish an atypical musical signature that would complete a need of intensity, simply natural to them.

On TV or Not TV, Liily certainly don't neglect their primary identity. On the contrary, the band amplifies it to give it a more accomplished dimension. The Californians keep their aggressiveness - their brutality and power - as a backbone, while trying to paint unique emotions through high intensity songs. For that, the group uses an element (a character, a figure, a symbol...) abstract or conscious, as a thread to animate it around their state of mind and a musicality as alternative as rich.

The stylistic variety proposed by the quartet is precisely a strong point of TV or Not TV since the experience is constantly surprising without losing any suspense. Moreover, Liily sails confidently and with determination, bombarding the listener with an infectious energy and making them more involved. "The Suit That Sold Itself" is the epitome of Liily's insanity with its experimental and industrial cacophony, while "Anvil" is an extraordinary hypnotic ballad with shoegaze overtones. While the tortured interpretation of Liily is predominant, the contribution of melody brings a clever cocktail that allows to push their limits.

Without respite, TV or Not TV is unstable, anxious, angry and often on the verge of chaos. "Mr. Speaker Gets The Word" starts the hostilities with a conviction reminiscent of the Sex Pistols by a raw power, clearing the ground for breathtaking demonstrations like "Early Bopper" or "Odds Are It's Blue". This album is simply excellent because we constantly have the impression of chaining moments of grace, a tour de force for an album that contains only 12 tracks.