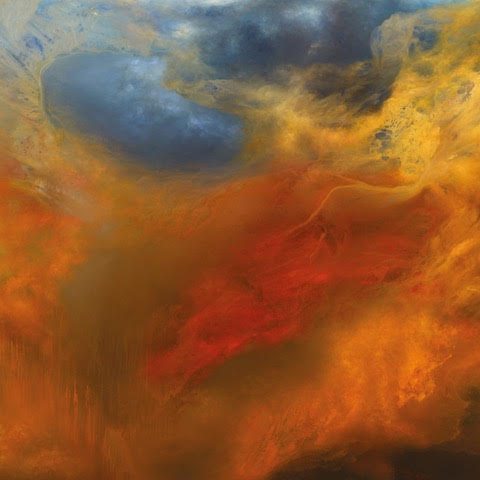 Sunn O)))’s latest studio excursion finds the duo harnessing a more back-to-basics mentality, all the while challenging themselves to reset what essentially fueled their beginning phase of a terror-driven hellscape of feedback and drone.

Life Metal, their eighth LP, and Steve Albini-produced follow-up to 2015’s Kannon, consists of four tracks, totalling nearly seventy minutes of noise. While Life Metal fails to serve as much of a surprise, the power that encapsulates these tracks is sinister, and just sometimes, heavenly.

Sunn O))) continue to delve into the darkest regions of the underworld, paralyzing their listeners with fear, discomfort, and even at times, rumination. Nevertheless, Life Metal holds true to what we’ve come to love about the drone lords over time. Standing as their most powerful LP since Monoliths & Dimensions, Steven O’Malley and Greg Anderson coax us in…once encumbered by their hexing oeuvre, there’s no choice but to succumb to their core-rattling measures.

Sunn O))) spent mid-summer of 2018 in Chicago at Electrical Audio with Albini recording Life Metal and their yet-to-be released ninth LP, Pyroclasts. They also released a handful of reissues: (Downtown LA Rehearsal/Rifftape March 1998, White1, and White2) – but while these releases were primed for their diehard fanbase, Life Metal is their first studio LP in four years. Whereas Kannon explored meditative tapestries alongside Sunn O)))’s cataclysmic touchstones, Life Metal serves to show O’Malley and Anderson in a brighter headspace, creating their version of transcendental celebration while utilizing techniques and know-how for transforming the genre of metal and how it’s perceived. There’s no denying the full-on assault that course throughout these tracks. LP opener, “Between Sleipnir’s Breaths” is as wicked as ever, its intro taken from Bathory’s Blood Fire Death LP. It sounds close to a haunted eve where death is imminent, horses are heard galloping into war. But seconds in, the sample cuts and we're met with Sunn O)))’s signature, colossal guitars.

But such as Life Metal’s layout being a straightforward one, O’Malley and Anderson hint at metamorphoses throughout. Icelandic cellist, Hildur Guðnadóttir, recites a ghostly narrative on “Between Sleipnir’s Breaths”, one that crawls unhurriedly throughout. Not for the first time, Sunn O)))’s sheer volume alongside their means to stretch a track until it’s ready to snap can be mind-bending. “Troubled Air” has similar construction, rippling with massive, suffocating chord varieties… stuff that can swallow you whole, but somehow, through its meditative havoc, the glimmering of bells manages to lure you back to a state of consciousness.

Life Metal serves as a catharsis for Sunn O))) – despite its harrowing tones, its tracks are more vivid than much of their previous output. Comparatively to Black One or even The Grimmrobe Demos, for example, which are coated in black mass and hiss, Life Metal is in a way, enlightening. Its structure isn’t as dark, and some moments shine as their most quiet and contemplative – a theme that runs through the LP. But while Life Metal’s pace is generally fixed, Sunn O)))’s headspace, too, show the duo with clarity in mind – a ritual of sorts that not only combines their love for what they’re creating but apace with the select few who help manifest their vision. Long-time friend, Tim Midyett (Mint Mile, Silkworm, and Bottomless Pit) and composer, Anthony Pateras also help form the LP into what it is.

“Novae”, the twenty-five minute plus monolith, closes us out – sounding like what could be a Sleep rehearsal in its beginning, its midpoint begins to gingerly phase out, but before doing so is replaced with string contributions courtesy of Guðnadóttir, thus making the track one of Sunn O)))’s quietest reflections. But while “Novae” takes its time to wrap up, it gives us the best of both ends of what Sunn O))) can achieve. As Guðnadóttir’s cello falls in line between a Stars of the Lid or even a Godspeed You! Black Emperor hybrid, the track is met again with Sunn O)))’s assault before abruptly cutting out.

At its best, Life Metal taps into our psyches and rearranges the elements. Sunn O))) have become experts in their harsh and unmerciful take on expanding sound, slowing it to a glacial pace, and finally rearranging it again until it’s unrecognizable.