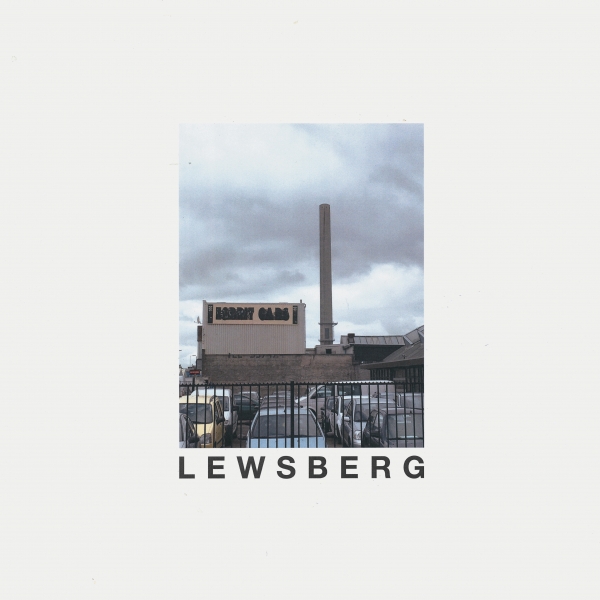 For better or worse, Lou Reed has a lot to answer for.

He’s almost single-handedly responsible for millions of hours of music, thousands of bands and one – very singular – sound. Lewsberg (the name is surely a coincidence?) are one of his most faithful acolyte bands, where every note, chord and lyric can be directly traced back to The Grumpy One.

Lewsberg are still students at Velvet High, the school from which The Modern Lovers, Parquet Courts, Galaxie 500, Pavement, Sonic Youth, Nap Eyes and Talking Heads have graduated. Take that to mean that their sound is still very basic, rudimentary and essential: they’re playing with the same tools that those bands used in their earliest iterations, before they moved on to find their own niche. But still, these sounds are as classic, as well-known and identifiable as Van Gogh’s brushstrokes.

Opener “Vaan", their take on a wordless “Sunday Morning”, opens the album in a delicate, pretty way, before the reverie is punctured by a few heavy snorts from somewhere off-screen. The dry, clear chords of “Terrible” buzz deliciously. The track recklessly barrels through a landscape as arid as those found on White Light/White Heat’s come-down nightmare dystopia.

“Non-Fiction Writer” is immediately reminiscent of “The Gift”, and this resemblance threatens to carry on throughout the whole five minutes. The circular, ringing riff against the drawling, drawn-out vocals draws the listener in close, and then at around the three-minute mark, something unexpected happens. The menacing, sinister tone drops out, and the track gradually decelerates, and time itself seems to unfurl.

“Chances” kicks the tempo back up to somewhere near a jog, and the band unleash some glorious slashing chords – the kind Andrew Savage likes to season his tracks with. It does come close to Parquet Courts territory, but then couldn’t you say that Parquet Courts come close to Pavement territory and so on ad nauseum? It’s a great tune, and the skronking mayhem of the second half only adds to the general feeling of pandemonium that Lewsberg are experts at conjuring.

One could say, quite ingenuously, that “Carried Away” is more Neil Young than Lou Reed, and they would be, for the most part, quite correct. It’s a dreamy, sun-dappled swooner – a perfect mid-album break before the raucous shit-kicking on “Edith”.

“Edith” plants you firmly back in Velvets territory. Singer Arie Van Vliet yearns and moans in his best New York drawl, with rhythm guitarist Michiel Klein banging and clattering around him. There’s an off-kilter bass run, and an even odder tremolo-picked guitar solo that is so ridiculous they must have meant it.

Album highlight “The Smile” is an outlier. Imagine Sterling Morrison replacing Dennis Hopper in Easy Rider and taking his guitar along for the ride. It sounds like the somebody paid Pavement to compose the music for a western. At least for the first three minutes or so, before Lewsberg again pull the rug out from underneath their own song, and drop back into a stoned reverie of found-sound tape collage.

“Benefit of the Doubt” and “Vicar’s Cross Pt. 2” close out the record. The former is a largely formulaic retread of the sound found on the previous track run through a Sonic Youth-erizer, but “Vicar’s Cross Pt. 2” is a real diamond. It’s delicate, treads lightly and is almost certainly their “I’ll Be Your Mirror” moment. It also gives the record a cyclical feel, and you could easily leave the record on repeat – maybe that was the intention?

All in all, you know by now if this is for you. If you’ve ever listened to two or more of any of these records, this is for you: The Velvet Underground & Nico, White Light/White Heat, Loaded, Coney Island Baby, Light Up Gold, The Modern Lovers, More Songs About Buildings and Food, Brighten the Corners, Nap Eyes’ incredible 2018 record I’m Bad Now, Galaxie 500’s Today, Television’s Marquee Moon. It might be for you if you’ve enjoyed anything by Kurt Vile, The Feelies, R.E.M., The Go-Betweens, The Chills, Ought, Luna, The Clean, The Raincoats. If you haven’t, then it is absolutely not your bag, and steer well clear. Lou would not approve.