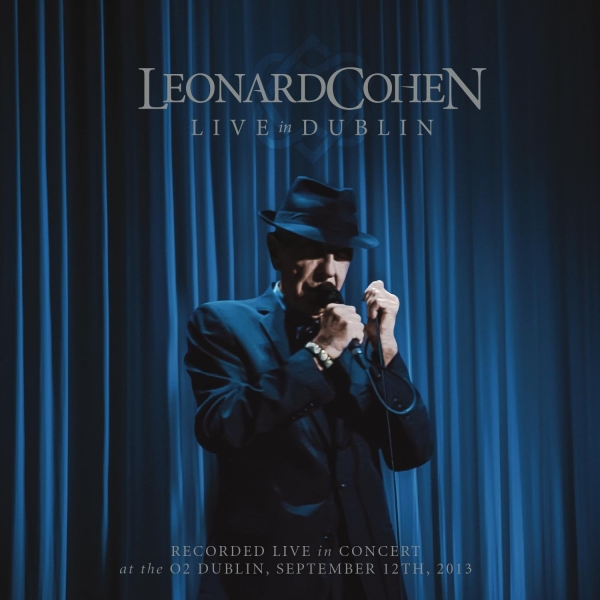 As one of the most celebrated, singular and intelligent songwriters of the last 50 years, Leonard Cohen does not need to continue to write and release music as he enters his ninth decade. Yet his two most recent albums, 2012’s Old Ideas and this year’s Popular Problems, have been met with such unanimous acclaim that such trivialities as age seem simply irrelevant. His second release of 2014, Live in Dublin, is a quietly triumphant live album that reiterates Cohen’s continued relevance – as if this needed reinforcement.

The hits are all present and correct; “Suzanne”, “Chelsea Hotel”, “Bird on the Wire” and “Hallelujah” all sound like the well-worn classics they are. Cohen’s notoriously limited vocal range has not widened with age, but that’s beside the point – it’d take some truly horrendous singing to taint songs of this standard. Moreover, his lack of vocal dexterity has always served to draw the listener’s attention away from his larynx and onto his lyrics, and that effect is powerfully evident here. However, as seminal as those songs are, they do not eclipse the performances of newer material. “Amen” and “Come Healing”, both highlights of Old Ideas, are particularly affecting, the former a growled, Tom Waits-esque reflection on regret and substance abuse, the latter a dreamy ballad that elegantly tiptoes (thanks to some beautifully breathy female vocals) along that tricky line between the sentimental and the evocative.

Each song is arranged with audible care and subtlety, played by a highly accomplished band whom Cohen introduces member-by-member with similarly obvious pride. Indeed, Cohen sounds thoroughly delighted to be performing throughout, and his between-song shtick reveals him to be on witty, self-deprecating form. After his performance of a brief, admittedly amateurish piano solo during “Tower of Song” is met with rapturous applause, he asks the audience if they are humouring him, and goes on to say that “if these are the crumbs of compassion that you offer to the elderly, I am grateful”.

Live in Dublin is the sound of a true old master reminding an adoring audience of his inimitable prowess, all the while retaining a sense of mischief and, more importantly, humility. Although this is hardly an essential release – few live albums ever are - it’s no victory lap or self-indulgent unit shifter. Its true value lies in its function as a worthy addition to the latter-day Cohen canon, as a reminder that he is still an active, relevant artist and performer, rather than a self-aggrandising nostalgia act. But then, when has anyone ever come close to levelling such an accusation at the world’s coolest 80-year-old?