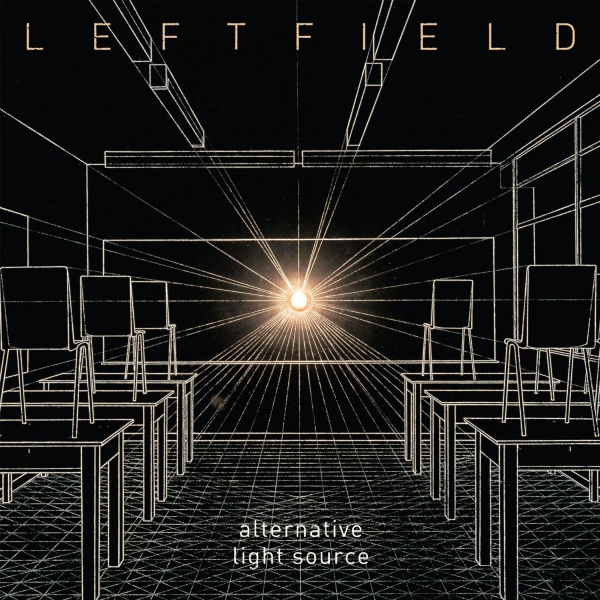 Things were different in 1999. Back then, everyone thought that the year changing from 1999 to 2000 would cause computers to gain sentience and launch a bunch of missiles for some reason. Back then, the music world was still debating after Cher decided to use the slightest hint of auto-tune on her vocals that one time. Back then, George Lucas was an untouchable genius, about to blow the world’s collective mind by finally releasing the prequels to the biggest movie series of all time. Back then, UK dance music pioneers Leftfield were about to release their second and final album.

Until now. Neil Barnes, now without Paul Daley, has taken on the Leftfield moniker alone and released a new album. For Leftfield fans, it's news that doesn't really sink in until 43 seconds into the record's opening track "Bad Radio". After some mood-setting synth swells and a bouncing bass line the beat kicks in and it's everything Leftfield used to be: interesting yet raw; familiar yet exciting. Holy shit, this really is new Leftfield music. It's like slipping on a comfortable old T-shirt, if that T-shirt was the one you always used to fuck in.

Barnes doesn't let up on "Universal Everything" either. The track is a behemoth. Its weight is so huge that it almost caves in on itself, yet powers on regardless. From a technical point of view, the track shows the young hip kids of dubstep what side-chained compressors can really achieve. There's a story from when Leftfield first took their debut album Leftism on tour: apparently they were banned from Brixton Academy as their show was so bass-crushingly-loud that plaster fell from the ceiling. "Universal Everything" would fit into that set.

The album wavers ever so slightly with "Head And Shoulders", Barnes' collaboration with Sleaford Mods vocalist Jason Williamson. The vocals aim to be antagonistic and they kind of get there. Unfortunately, to everyone outside of England who is less than familiar with that kind of drawl, it can occasionally miss aggressive and end up annoying.

Though on "Shaker Obsession", Leftfield prove again that their ability to wring melody from noise remains unrivalled. As anyone who can "sing along" to the opening of "Phat Planet" or the squelch of "6/8 War" already understands. For most of the five and a half minutes of "Shaker Obsession", the only sound that's actually a defined musical note is the sub-bass. The other sounds whirr and contort in ways that are not only memorable but tuneful.

Simply, Barnes has made a contender for dance album of the year. It's innovative, exciting and, crucially for music of its kind, completely gimmick-free. It's difficult to say, though, if Alternative Light Source lives up to the standard set by Leftfield's earlier albums. Leftism and Rhythm And Stealth were so sonically ahead of their time that everyone else is only now beginning to catch up. Rhythm And Stealth was released the same year Ableton the company was formed, after all.

Put simply, Alternative Light Source manages to sound both fresh and exciting, and like old Leftfield all at once. Even though the rest of the world has caught up, Leftfield are still at the forefront of their sound. It's unclear what Barnes' plan is for Leftfield. Either returning to lead the movement they started, or push beyond what has been done before into new territory. Either way, plaster will fall from the sky.