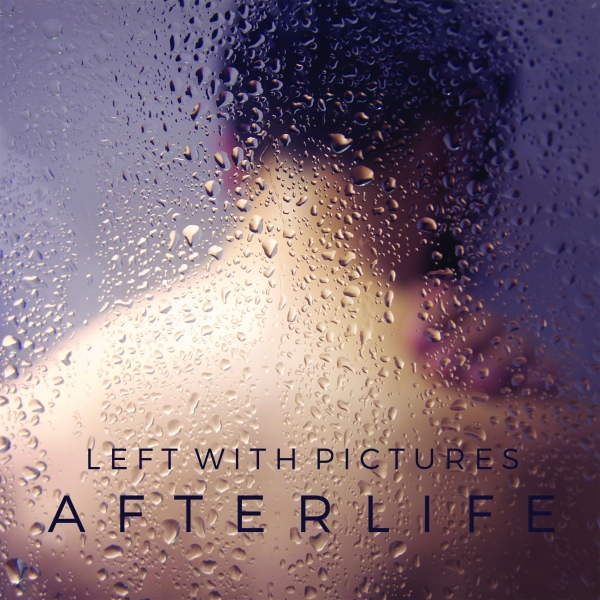 It’s fitting that Left With Pictures, the London-based orchestral pop trio, like asking rhetorical questions (“Do you sleep with your windows wide? / Do you wander free? / Are you buried alive?”) and making references to the transition of time (“today becomes tomorrow”). Both are jumping off points for open-ended discussion, and on Afterlife, their first record in five years, that’s exactly how their songs are structured.

'Orchestral pop' is a useful tag up to a point when trying to describe LWP's music, but it's also a bit reductive. Most songs begin in one place - usually a as minimalist electronic composition - before building (or, transitioning) into something greater and more complex, sometimes jarringly so. "Terra Firma", for example, begins as the trio's attempt at skeletal chillwave with a gently pulsing synth. The evolution comes, fittingly, after the words "at water's edge", where the song gives way to the interplay of a pair of twitching, spiraling casino synths. And, somehow, it works brilliantly.

Similarly, just when you think "The Howling" is a Kid A outtake with choir vocals, percussion and arena rock guitar shatter any such notion while ascending from the clouds to the stratosphere. The trio use that trick beautifully in reverse, as well. "Avert Your Eyes" is a playfully cascading ditty that slowly shrinks into an acoustic lullaby. Wherever you think a particular song is going, chances are LWP will surprise you.

But LWP are more than a series of songwriting slights of hand. "The Start" is simply a smartly written verse-chorus-verse pop gem, and demonstrates these guys could be huge pop stars if they so desired. As it stands, however, Tom Walker, Stuart Barter and Toby Knowles don't appear to have interest in such populist ambitions. Instead, they want to make intelligent electronic chamber pop. And you know what? There's nothing wrong with that.